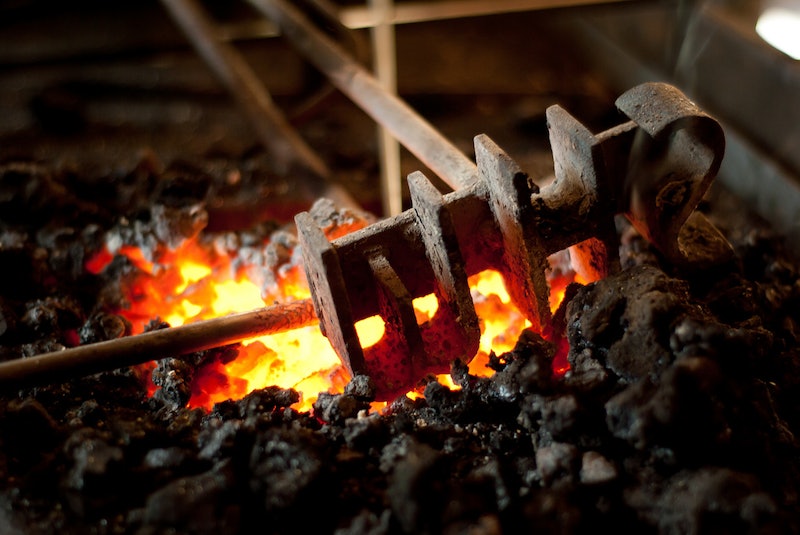 Considering that there's an entire Wikipedia article devoted to deaths resulting from hazing in the United States, you'd think that fraternities would have learned to cool it by now. Clearly that's expecting too much, though, because Dartmouth's Alpha Delta fraternity got suspended this week for literally branding a pledge. "But where would they do such a thing? And why?" you may find yourself wondering, and unfortunately, I can only answer one of those questions: They branded his butt, of course. Sometimes it seems like fraternity brothers are more obsessed with men's butts than straight women, but, like, no homo. As for the why? I could not even begin to fathom the thought process behind this one. A pledge, who was later admitted into Alpha Delta, was branded with the fraternity's symbols last semester, Cosmopolitan reports. The frat's hazing ritual was offered as an alternative to "more drinking-intensive pledge activities," according to Gawker, because I guess having hot metal sear Greek letters into your skin must seem like child's play compared to other hazing rituals: Being forced to vomit on each other, for example. Or drinking until you reach a 0.399 BAC. Or swimming in a kiddie pool full of vomit and excrement. That last one happened at Dartmouth in 2012, by the way. Kids these days.

The branding came to public attention when the pledge went to the doctor over winter break after it became infected. (By the way, as Cosmopolitan points out, it's a breach of doctor-patient confidentiality if a medical professional told anyone about his injuries.) College administrators haven't confirmed the specific reason for charging Alpha Delta with "violating Dartmouth's standards of conduct in connection with the reported branding," but it's pretty clear that the branding has something to do with it. Oh, and because this story wasn't crazy enough, A.D. was already under suspension for "policy violations in the winter and spring of 2014," according to Gawker. The branding just means that their suspension is being strengthened. Considering A.D.'s long history of disturbing hazing rituals, they might even get de-recognized on campus. Yikes. In the immortal words of Taylor Swift, tell me when it's over if the high was worth the pain.