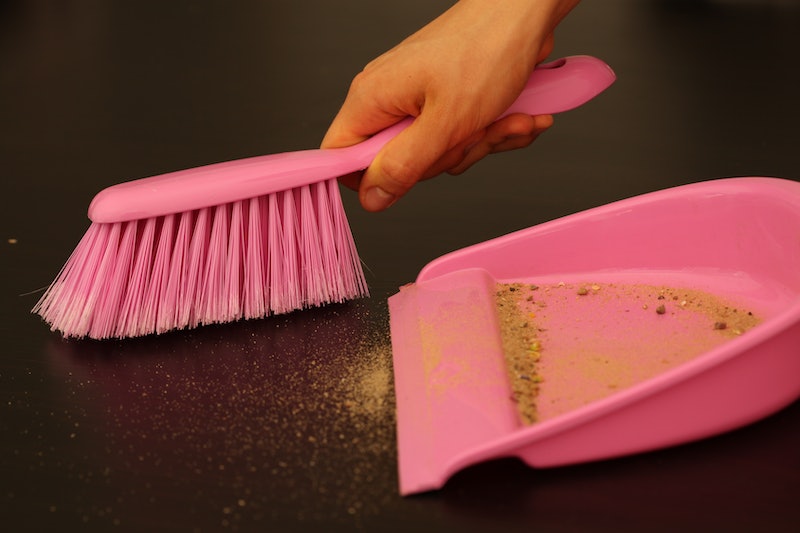 Have you been dusting the house every day, keeping the bathtub sparkling and still not getting six-pack abs? I'm going to let you in on a little secret: Housework doesn't really qualify as a workout. Gasp! It's shocking, I know (you mean Cosmo lied to us?). But a new study confirms that household chores probably aren't the best form of exercise.

In the study, from Ireland, the more time people spent performing housework, the heavier they tended to be. The findings are somewhat counterintuitive; even if mopping and tidying aren't the most intense workouts, they do require physical activity. But the researchers speculated that people who think they're getting a good workout via housework are overestimating the intensity, duration or calorie-burning potential of these chores. This may lead them to eat more or do other exercise less.

It's easy to scoff at these misguided souls, but let's remember that people have been pushing the housework-as-exercise bull on women for quite a while. Here's an illustration from a 1950s book called The Charming Woman:

Here's an excerpt from a Daily Mail article published in February 2013:

We have long been told that our unhealthy diet is why we are all too fat. But now, when it comes to women at least, researchers have a rather more controversial explanation for rising obesity - they are not doing enough housework.

And here's an Apartment Therapy article on "how you can get your house clean and burn some fat at the same time!" It was published earlier this week.

I think part of the problem is that when people emphasize the exercise benefits of housework, they tend to note the number of calories burned per half hour or hour. You can burn 240 calories per hour sweeping the floor! Okay, but who sweeps the floor for an hour? Providing you don't live in a palatial castle, it probably will take you 10 minutes. Tops. Three if you live in a city apartment.

If we apply these calorie-burning stats to the amount of time chores actually take to complete, here's what we get.

CookingBurns: 50 calories per 20 minutes (this is provided you don't nibble your way through meal prep like a normal human being)

Making the BedBurns: 11 calories per 5 minutes

In conclusion, maybe you should go to the gym?

More like this
This Psychological Effect Might Be Keeping You From Hitting Your Goals
By Lexi Inks
Here’s Your Daily Horoscope For September 28, 2022
By Mecca Woods
Here's Everything You Need To Know About Shuffling Your Tarot Deck
By Brittany Beringer
TikTok's Butter Board Might Be The New Cheese Plate
By Emma Carey
Get Even More From Bustle — Sign Up For The Newsletter