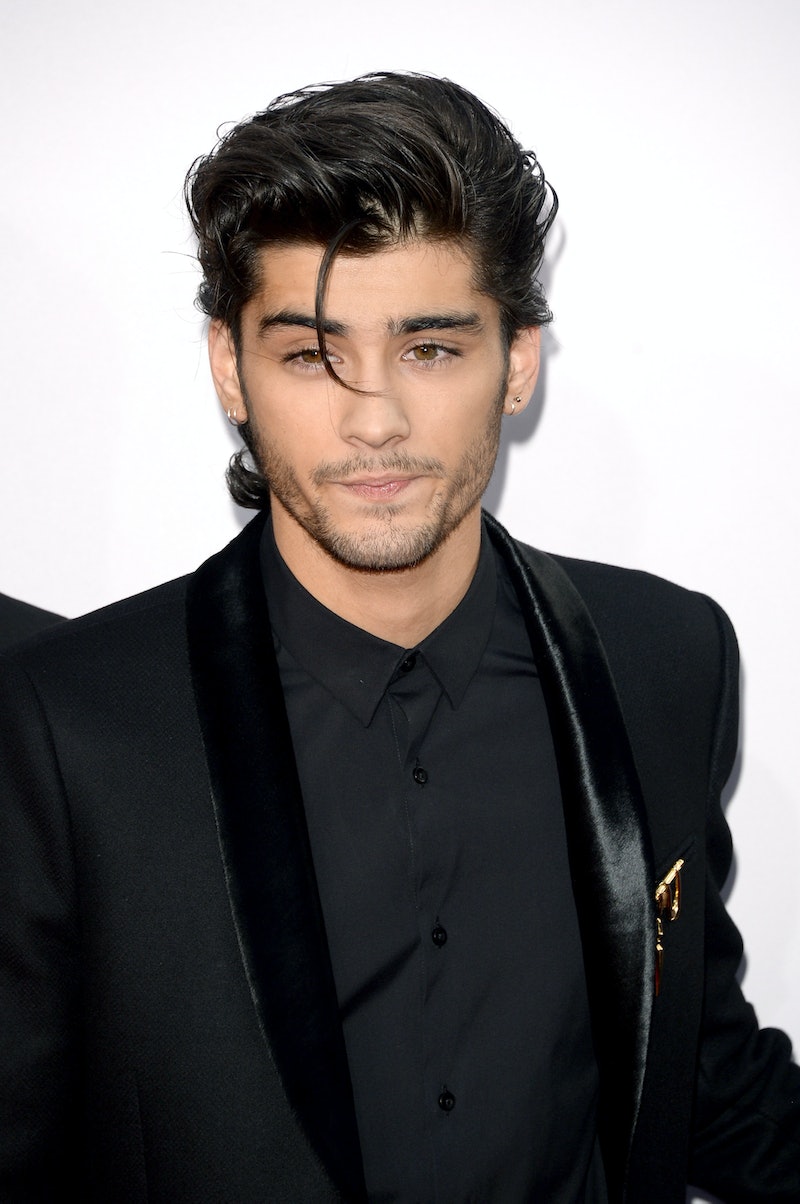 March 25, 2015 will forever be the day that everyone remembers as the day that Zayn Malik left One Direction. Yes, he's left the band, but it's not like we won't be seeing more of him — and his hair. If anything he will do what most singers do when they leave a group. He will go form his own group or make his own album. I mean that's what Beyonce did when she left Destiny's Child, and Fergie rocked it when she left the Black Eyed Peas. So we have faith in you Zayn that you'll keep doing you.

Zayn's hair has gone through an evolution over the years, and there's no doubt that we have loved every style it's been through. We've seen Zayn with long hair, short hair, with blonde tips, a tousled look, and even a more spiked look. Honestly, you name a men's trendy hairstyle and Zayn has probably rocked it before.

It's definitely known that each member of One Direction has his own distinct style. But what if Harry, Liam, Louis, and Niall took some hair cues from now long-lost member Zayn? We tried out Zayn's look on each of the other members and the results were rather hilarious.

But first let's all ooh and aww over this moment in 1D history where Zayn's hair was at an all-time high and oh-so luscious:

While Zayn may be gone from 1D, we can reminisce and imagine what the other members would look like if they were to adapt Zayn's hair in memory of him.

Let's just say Harry probably should stick to his own luscious hairstyle.

Is it just me or does Louis now look like the hipster version of Elvis Presley?

OK, Liam you kind of look like a British version of DJ Pauly D, but you would look good with darker hair if you just dyed those eyebrows next.

Niall now looks like he has a blonde mullet with brown tips. Sorry, Niall but maybe you should leave this hairstyle for Zayn.

We thought Simon should get some of our photoshopping skills for funsies. But we like the Zayn look on you too, Simon.