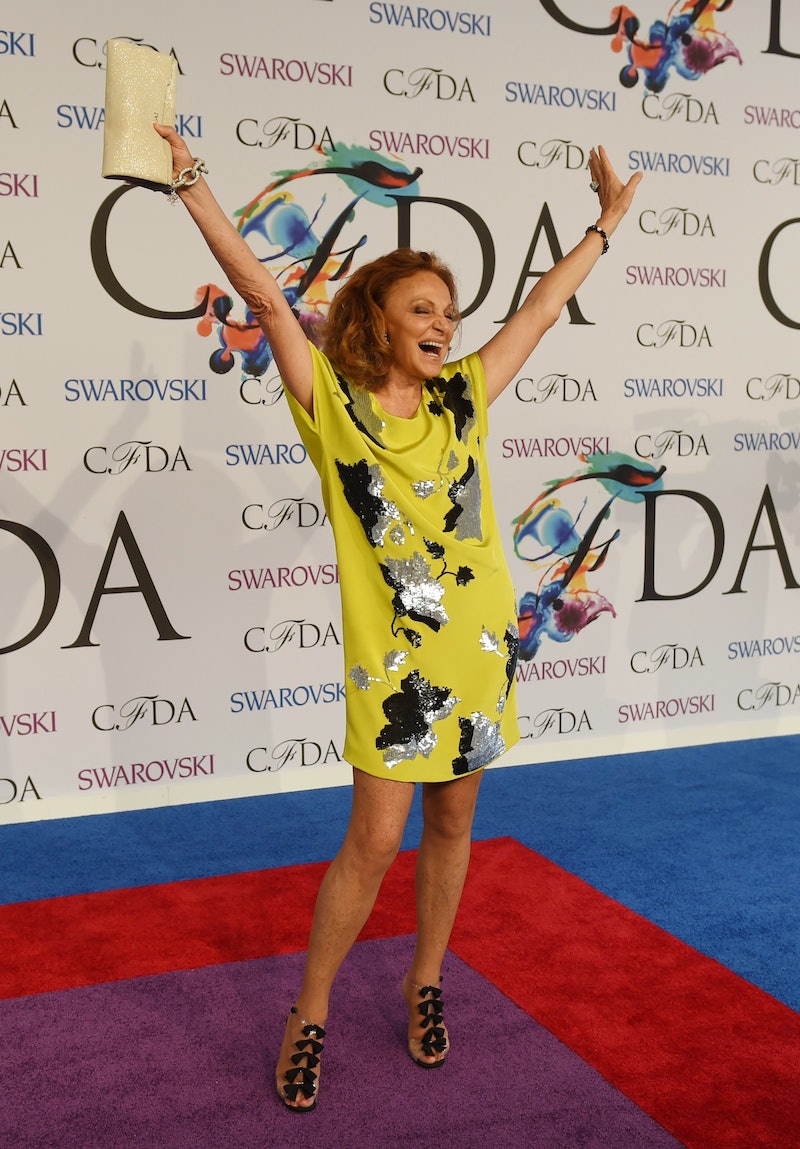 After signing with a licensing deal with Brown Shoe Co., Diane Von Furstenberg will create a collection of shoes for 2016 Resort. Rumors are circling that this is Von Furstenberg’s attempt at prepping her brand for its initial public offering, which has supposedly been in the works for two years, following her first footwear collaboration with Schwartz & Benjamin.

Von Furstenberg is really focusing on making her collection from the point of view of a woman, because she believes that shoes are one of the most crucial elements of a woman’s day, telling WWD, “Nothing is more important than shoes for the confident, sexy woman on the go.”

The DVF shoe collection will be a high-end contemporary line with prices ranging from $150 for sandals and $595 for boots, being sold at high-end retailers like Nordstrom and Bloomingdale’s, where DVF lines are already sold.

Von Furstenberg has ensured that her 2016 resort shoe collection will be comfortable and elegant, and as Von Furstenberg describes it, "woman-solution driven." The shoes will reportedly be manufactured in Italy and China.

"Diane is such an inspiration to everyone, and we look forward to making amazing shoes together," Diane Sullivan, chief executive officer of Brown Shoe Co. told WWD. And I, for one, am looking forward to seeing these amazing shoes.

More like this
These Are The Best Socks A Woman Can Buy
By Lisa Fogarty
Tilda Swinton’s Neon Yellow Hair Is More Than A Style Statement
By Justine Knight
How To Wear A Bucket Hat Like Rihanna, Dua Lipa, & More
By Allie Fasanella
Serena Williams Looked Like Royalty In A Bodycon Velvet Dress
By Allie Fasanella
Get Even More From Bustle — Sign Up For The Newsletter