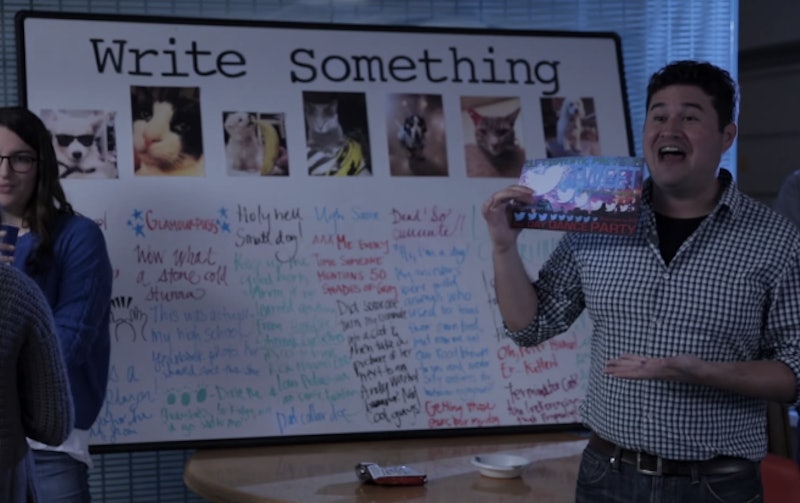 We all have a friend who has "left" Facebook. It always happens with some fanfare. No one ever deletes their Facebook without first announcing it and enumerating their reasons in a lengthy status update. It's way more dramatic than it needs to be, and often quite condescending. The funny folks at College Humor have hilariously acknowledged this in their video "If People Left Parties Like They Leave Facebook". In the video, a young man blows a trumpet and announces his departure from the party with almost Shakespearian diction. The best part of his farewell is definitely when he says, "Most of you are passing acquaintances who I do not care for!" which is true of both parties and Facebook friends.

The grand exit speech also includes a nod to Twitter being better (because there are lots of celebrities there), security issues (we're being watched!) as well as the word "troglodyte", which we know is the favorite kind of language of the type of person who would leave Facebook in a flurry. Needless to say, absolutely no one at the party is amused, as everyone gives awkward glances and for the most part tries to ignore the awkward and unnecessary scene taking place right before their eyes.

Here are some other things that would be pretty weird if people did them the same way they did them on Facebook:

2. Showing off their babies and their meals (I'm just imagining someone shoving a baby or a plate of food in your face all the time)