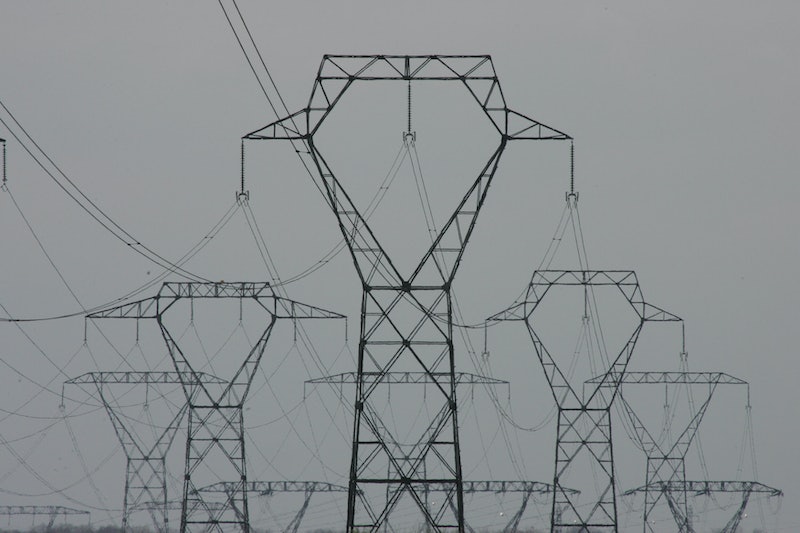 Power lines are something, frankly, I have a habit of forgetting all about. That is, until I have a reason to look. Maybe it's an adorable fleet of birds chilling or...something much more intense. This incident would fall into the latter category. A video recently surfaced catching a fallen tree branch catching fire on power lines. Clearly the lines are especially high voltage and I do not even want to begin considering what would happen to that cute bird crew in a similar scenario.

It appears the branch fell just before the video started and what happens immediately is, you know, IMMEDIATE. Crank the volume on your computer or phone to catch a tune that will surely soundtrack many of your nightmares to come. The branch, when exposed to such intense electrical currents, actually emits a high-pitched screaming sound. It's almost as if an old soul previously haunting the tree is being forced out into the ether by way of these power lines. Is it Grandmother Willow? It might be Grandmother Willow. Anyway, GW screams a dramatic goodbye before soaring off to dance with all the colors of the wind but she isn't done there.

Next the branch jumps in a spectacular albeit brief explosion before charring and falling silent.

Not to get too dark, but why doesn't this happen to birds? They're so classically portrayed as chilling on power lines, the image has even become paired with Twitter. I mean. Apparently it does happen sometimes: birds do catch fire on power lines, but it's rare because #math. When our feathered friends do burst into flames, it's only because it perches on a grounded pole or conductor. Which is maybe also what's happening to Grandmother Willow's appendage above.