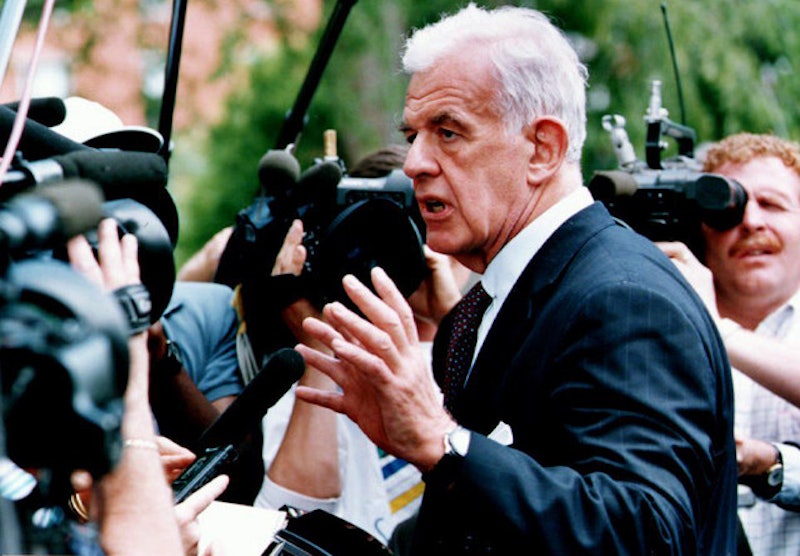 Former House Speaker Tom Foley died Friday from complications stemming from a stroke he suffered last December. The Washington Democrat, who was widely respected and admired on both sides of the aisle during his 15 terms in Congress but lost his seat during the 1994 Republican House takeover, was 84 years old.

“Today, our country mourns the loss of a leader whose authenticity, dedication and diplomacy will forever serve as an example to all of us who strive to make a difference through public service,” said Nancy Pelosi upon hearing of Foley’s death.

Foley ascended to the speakership in 1989, and was responsible for passing the tax increase that led then-President George H.W. Bush to break his “read my lips — no new taxes” pledge. The NRA targeted him for defeat after he supported an assault weapons ban in the early 90s, and in 1994, he became the first House Speaker since the Civil War to lose reelection to his congressional seat. Three years later, President Clinton named Foley Ambassador to Japan, where he served from 1997-2001.

Foley’s wife, Heather, said that he had been in hospice care since May.

“Take it from the great Henry Hyde, who used to say of Tom, ‘I wish he were a Republican,’” said current Speaker John Boehner. “With his passing, the House loses one of its most devoted servants and the country loses a great statesman.”