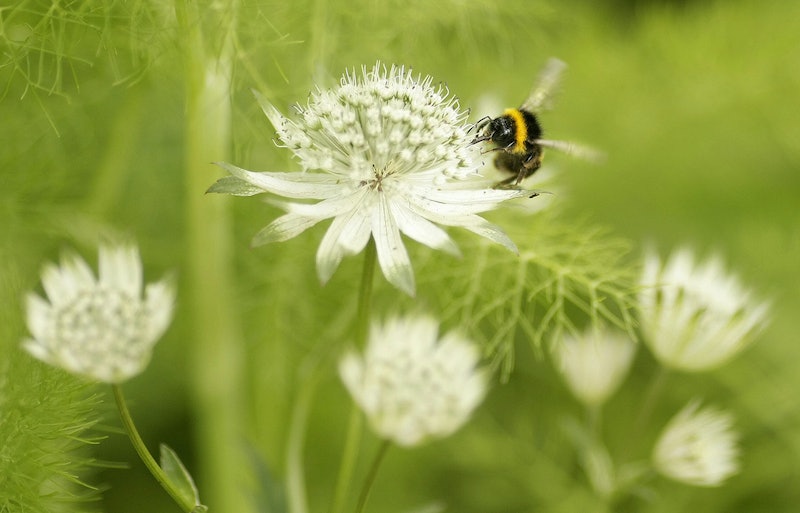 It's no secret that dating apps can be breeding grounds for extreme sexism, misogyny, and harassment. But there's a really exciting, new development in the dating app world and it's called Bumble, which is basically the feminist Tinder and allows for women to take control of the dating game. Bumble aims to put a halt to the bad behavior online daters can sometimes display when they feel entitled to responses — and it's about time, don't you think?

Bumble was created by the super impressive 25-year-old Whitney Wolfe, who is one of Tinder's co-founder. Wolfe sued Tinder founder Justin Mateen for sexual harassment and workplace discrimination last year after she was told, among other things, that “being a female co-founder of Tinder was ‘slutty’ because it is an app people use to ‘hookup.’" This blatant disregard for female sexual autonomy and a woman's control over her love and dating life inspired Wolfe to create a brand-new platform aimed to empower women by giving them total control over their matches and conversations. She told the LA Business Journal: "I wanted to do something that had social responsibility. I wanted to create a platform where females could be nice to other females, a platform for kindness."

I decided to download Bumble myself and check out what all the buzz (pun intended) was about. Immediately upon downloading it, the app shows you a little screen with the rules of the Bumble game:

Like Tinder and OK Cupid, when two people match, the app will let you know it's a connection; however, on Bumble, only the woman has the ability to send the first message. Furthermore, if she doesn't make a move within the fist 24 hours, the chat connection will disappear — which gives women the security of knowing they won't be harassed by a random connection. If they decide they're no longer interested, the app will remove the connection automatically.

If you're a woman looking to match with women, obviously anyone can send the fist message; the only rule that still applies is the 24 hour rule. I would argue that while it's important for the app to be an inclusive space for all women, the benefits a lesbian woman would get out of it are different from the benefits a bisexual or straight woman would get, since straight and bisexual women often have to deal with the straight, cis man brand of masculinity on dating apps more than lesbian women do.

The interface is pretty similar to Tinder and is simple, intuitive, and easy to navigate. Since you connect the app to your Facebook, all you have to do is fill out a short bio, and either pick some photos from your profile (if you don't like the ones Bumble automatically assigns) or take some new ones. Bumble also pulls your work or volunteer experience and education from your Facebook profile so everyone can know what sort of cool things you participate in during your spare time. The overall effect is a different, slightly more professional and personal vibe than Tinder, where the only information displayed from Facebook is your name and age. Here's what mine looks like:

Of course, since Bumble is relatively new there aren't as many options as there are on Tinder or OK Cupid in terms of matches, especially if you're a female looking to make connections with other females. But overall, the app is a promising development in the dating world that will make women have control over their matches, online presence, and most importantly, safety.