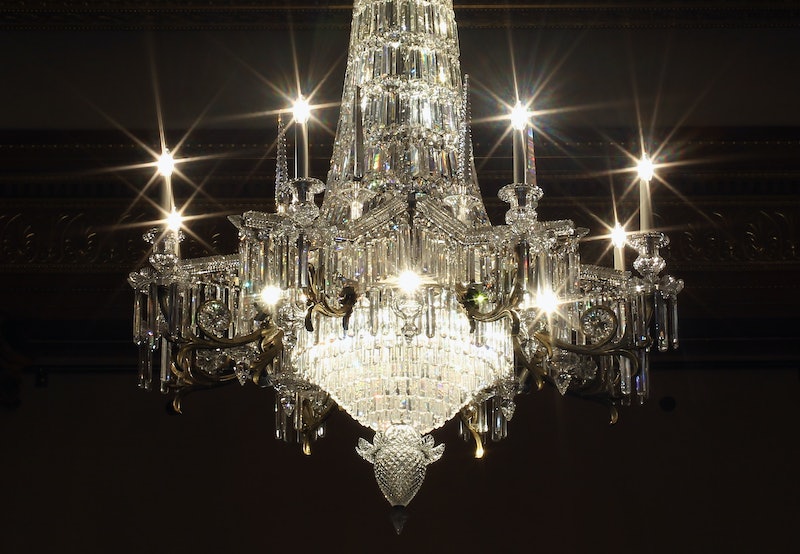 Do you remember your first job? I can still smell the charming mix of taco guts and bleach from mine. Although I'm thankful for the money Qdoba gave me as a teen to fund the purchase of my first ever turntable, my nostalgia and appreciation would never entice me to buy and move into the building it occupied. However, a Pennsylvania woman flipped her first job as a bank teller and eventually turned the bank itself into her home. Cathy Calhoun bought the bank in 1989 for just over $50,000 and spent years shifting it into an endlessly enviable living space.

However, the house comes with one big catch: IT IS APPARENTLY HAUNTED. During a legendary bank robbery man years ago, the bandits locked everyone in the now-sauna, where one employee had an asthma attack and died. Apparently people have reported noticing shadowy figures and other creepy stuff which is all linked back to the dead asthmatic dude. But, this woman is such a next-level badass she doesn't seem to mind that her pimped-out mansion is fully haunted since, as she theorizes, "Whoever it is must be friendly because they never bother me." That's valid.

Here are some of the more jaw-dropping features:

Turned the board room into her bedroom

Upstairs she transfigured the grand meeting spot into a grand spot to catch shut eye or otherwise chill. Her bed? I want that bed.

Kept the lobby as a lobby because duh

This really is an effective way to instantly wow guests, especially considering the ornate lobby is only the beginning of the long-winding, mesmerizing home tour, including the fact that she also...

Transformed the original vault from 1872 into a sauna

There's no ventilation so that limits options. But also—it's a freaking old as hell vault and that is too cool to just leave alone and forget forever. It's probably where you wanna chill most in the entire building and clearly a sauna is the best converted use of such a space.

BRB, drafting an email now to solicit myself as a totally respectful, worthy roommate to also dwell this bank home. I mean, if she allows a ghost to also roam the joint, she surely wouldn't notice me also, right?

More like this
You Can Stay At The 'Hocus Pocus' House On Airbnb
By Alexis Morillo
Craving The Beach? Here's Your Guide To A Solo Vacation In Turks & Caicos
By Alexis Morillo
15 Easy Pranks To Play This Halloween
By Emily Kelley and Lauren Grant
Bobby Berk Explains How To Maximize Every Inch Of Your Bedroom Storage
By Marilyn La Jeunesse
Get Even More From Bustle — Sign Up For The Newsletter