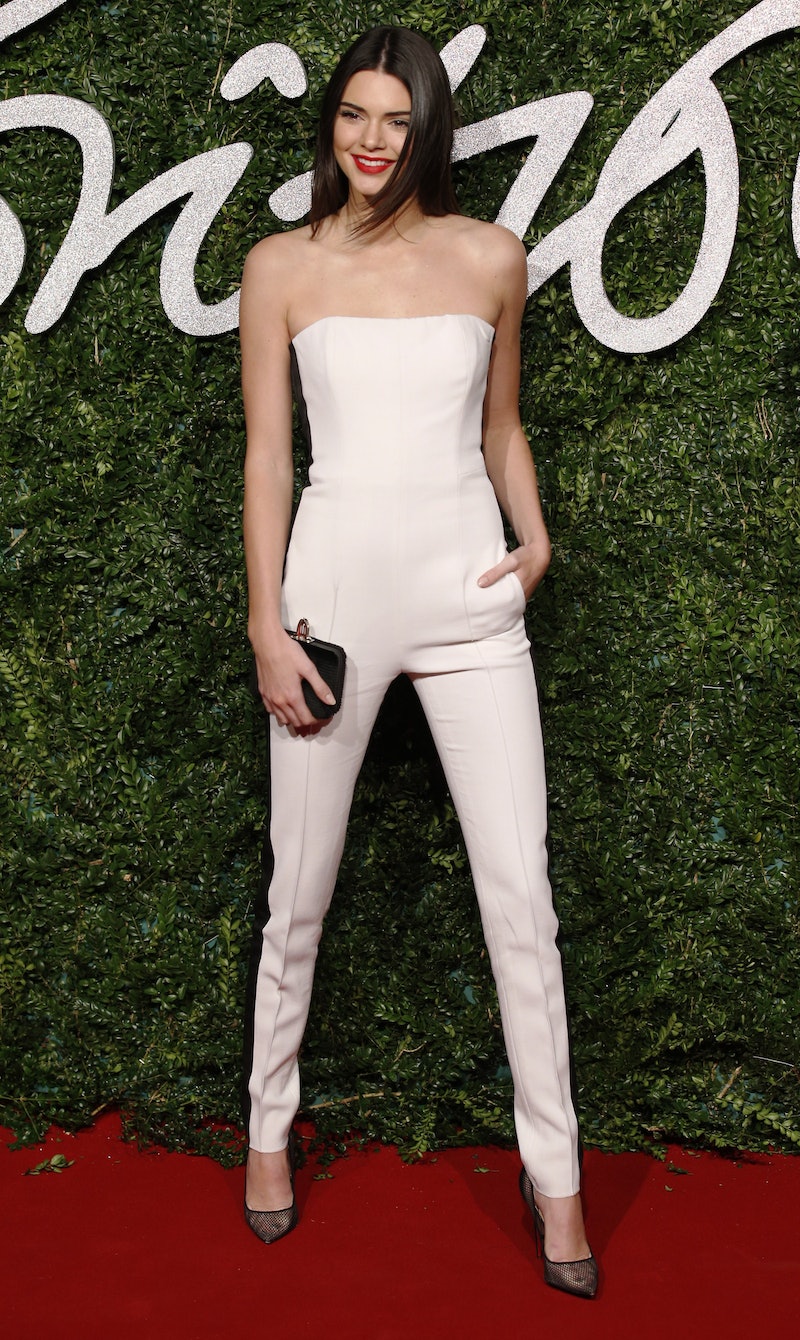 Well, it's finally official, folks — Kendall Jenner is the new face of Calvin Klein. But not for the underwear campaign that you're probably picturing. Kendall Jenner fronts a campaign for Calvin Klein Denim as part of the #MyCalvins series. The hottest model of the moment was rumored to be starring a future CK underwear campaign just weeks ago. Now, it looks like KJ will be showing off her Calvins in a sort of homage to the iconic '90s ads the brand produced.

According to WWD, the limited-edition line is inspired by "athletic and urban streetwear", and includes a full range of old-school trends such as overalls and cropped sweatshirts — leave it to Kendall to make throwback denim vests and cutoff sweats cool again. The campaign will also feature a collection of print and digital ads as well as garner a strong social media presence, and who better than the social media queen herself to help the brand up their game? Seriously, Jenner has over 20 million followers on Instagram! Wow.

The thriving supermodel is super excited about the project, “Modeling for Calvin Klein Jeans is really a dream come true, I’ve grown up wearing the brand and seeing the iconic advertising in magazines and on billboards featuring some of the world’s top supermodels. To now be a part of that legacy is truly an honor.” she told People. And what an honor it is. Her predecessors include Mark Whalberg (AKA Marky Mark), and Kate Moss — quite the shoes to fill.

But come on, she's such a natural. She is totally perfect for the role.

Here are the first shots from the denim series. How gorgeous are they?

More like this
Everything Kendall Jenner Wore During New York Fashion Week
By Dominique Norman
The 2022 Emmys' Top Nail Trends
By Olivia Rose Ferreiro
Bella Hadid's Best Runway Looks Of All Time: From Paris, Milan, & More
By Allie Fasanella
I Can’t Stop Thinking About Emily Ratajkowski's Exposed Thong Look
By Allie Fasanella
Get Even More From Bustle — Sign Up For The Newsletter