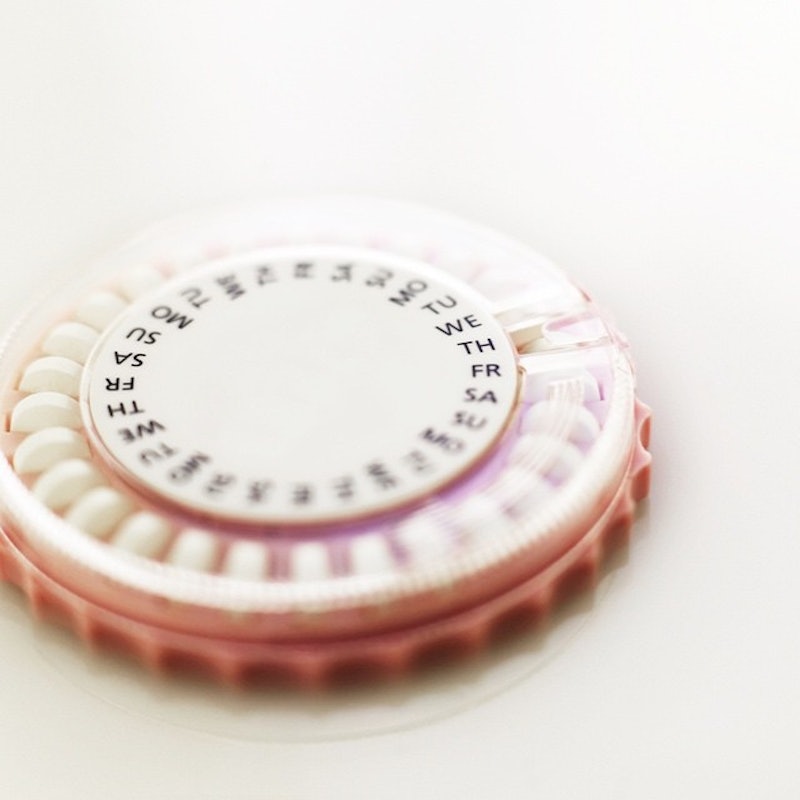 In the age long before hormonal birth control and condom mass-production, contraception was more of an art than a science. This was because, for the vast majority of human history, most people had only the vaguest understanding of how pregnancy worked. Rather than understanding how a women's fertility cycles functioned, or how sperm fertilizes an egg, people thought that sperm contained tiny human beings who then grew larger inside a woman's womb, or that women could only conceive while menstruating (because fetuses were created from menstrual blood). Is it any surprise that some crazy methods of birth control throughout history ensued?

People have indeed wanted to have sex enough to use every single one of the seven (thankfully) outdated birth control methods below — some of them for centuries. People (especially women) have always been willing to put up with basically anything in order to avoid an unplanned pregnancy — including putting crocodile poop in their vaginas or swilling lead water.

So while today's birth control methods still leave a lot to be desired (and still force women to deal with almost all of the side effects), let's all take a moment to stop and be thankful that, if nothing else, you've never had to hang a weasel testicle around your neck during sex in order to prevent pregnancy.

The ancient Greeks employed a wide variety of birth control methods, some of which were plant-based and extremely effective. Some of the other methods — say, the sneeze-based methods — were less effective. Ancient Greek physician Soranus recommended that a woman squat and sneeze after intercourse to prevent pregnancy; he also recommended birth control methods such as holding your breath, and jumping up and down. Soranus's legacy of fishy contraception advice has had a sadly long shelf life — website Snopes.com was still debunking the idea that jumping up and down was a form of emergency contraception in 2007.

Shoving lemons into your hoo-ha as a contraceptive method dates back to the Old Testament era; the citric acid was thought to kill the sperm. In the 1700s, notorious sex-haver Casanova, known as the "world's greatest lover," wrote of his own experiences with partners who used lemon rinds to keep sperm from entering their cervix.

So ... did it work? Well, how many pregnant lemon trees have you seen lately? (Kidding. This is a terrible birth control method for modern women, please do not put lemons in your vagulius caesar).

Fellas, were you feeling left out by this list? Don't worry, we've got one for you, too. Modern latex condoms have only been around since 1919 — but condoms have been used for the past 15,000 years. What were they made of? Pretty much anything you could wrap around a donger, including animal intestines, animal bladders, and, according to some historical records, tortoise shells. (Sounds cozy for the woman.)

After the invention of vulcanized rubber in 1850, condoms were manufactured out of that infinitely more comfortable material — but they were actually much closer to today's diaphragms than modern condoms. They were made of thick rubber custom cut to fit each individual's churro, they only covered the tip, and they were made to be washed and reused multiple times. Sexy!

Historically, the weight of contraception has always been on the female partner, which sucks. It sucks now, when many of us have to deal with the side effects of hormonal birth control pills; and it sucked in ancient Egypt, when women inserted a paste made of crocodile poop and honey into their vaginas to form a barrier between semen and their cervixes.

Amazingly, historical records suggest that this method was actually fairly effective — the poop's acidic properties may have made it an effective spermicide. So we're not talking about one month when everyone went crazy and stuck weird junk all up on their junk (you know, like vajazzling); we're most likely talking about centuries when some poo in the vag was a lady's best shot at having non-procreative sex.

Many old-fashioned contraceptive methods display an impressive, if rudimentary, understanding of how conception and pregnancy occurred. The weasel testicle method is not one of them. Many medieval Europeans believed that weasel testicles could prevent conception — if they were hung around a woman's neck like an amulet during intercourse (and, presumably, were removed from the body of the weasel beforehand).

But if weasel balls hanging from around your neck sounds like a turn off, don't worry! You could also wear weasel testicles around your thigh for birth control purposes. Charms made from donkey poop, a mule's uterus, or a specific bone from the body of a black cat were also believed to offer the same level of magical pregnancy protection.

And if that last one didn't work? Many medieval folks believed it meant the wearer had selected a cat whose fur was not dark enough. I am not happy that anyone got unintentionally pregnant using this method, but it would kind of have been funny to watch the arguments that resulted ("I told you that cat wasn't dark enough! What are we going to do now?!").

Lead is not great for your health. Once an ingredient in everything from pencils to paint, lead came to be considered a toxic material after it was found to cause side effects like memory loss, physical weakness, and abdominal pain in the short term — and depression, kidney disease, heart disease, inability to concentrate, and constant nausea in the long term.

These women weren't entirely off the money — reduced fertility is a side effect of exposure to lead. But considering the other side effects, it makes one nostalgic for the days of crocodile poop.