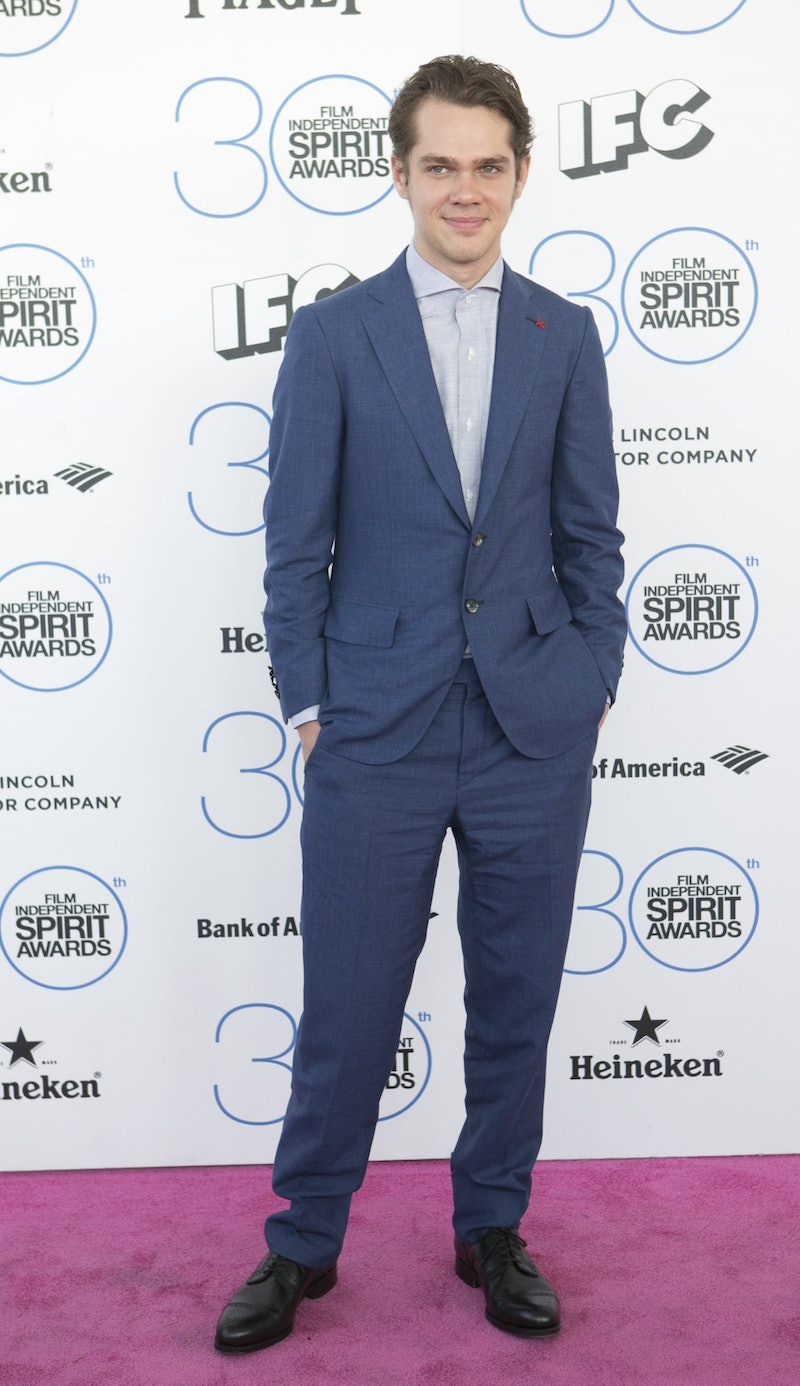 We have seen tons of models successfully transform themselves into actors, like Cara Delevingne and Jamie Dornan, but rarely do we see the opposite effect happen. In a slightly unexpected twist, Boyhood star Ellar Coltrane has a modeling contract with Wilhelmina Models now. Really, though, when you consider his face, it's not such a surprising career move.

The fresh-faced 20-year-old is such a pretty boy. Just look at those baby blues and that long flowy hair — he is a total babe. After making a major splash as the boy who literally grew up in front of our very eyes, it was only a matter of time before the fashion offers started to come a-knocking. Well, he is definitely a man now, there is no doubt about that.

Wilhelmina boasts an impressive roster of clients, including Coco Rocha, Nick Jonas, and Robyn Lawley, so I predict Coltrane is on the very cusp of super stardom. According to the agency, the actor-turned-model has already worked with some of fashion's most prestigious publications, set to appear in ID-Magazine's 35th Anniversary Issue and in Paper Magazine's Most Beautiful People Issue. Additionally, the handsome star will be featured in a shoot for V Man, which hits stands March 16th, and will be shooting for Luomo Vogue come Summer. Quite an impressive list of accolades for someone who just started modeling, don't you think?

If you still don't think he belongs on billboards, take a look at his gorgeous headshot.

I can totally picture him as the new face of Armani. Guess we'll just have to wait and see.