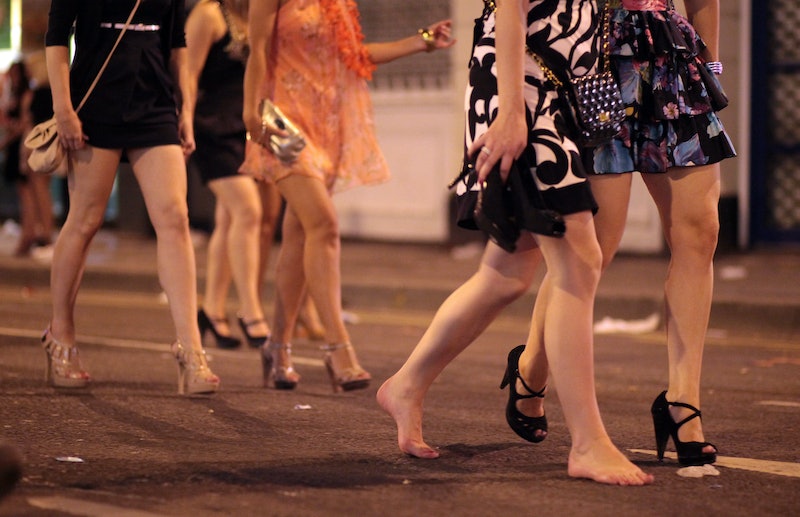 From New York to California, everyone's all about that bass, bar scene, and booze, but what state parties most? When we unveil the results of mobile shopping site Retale's top 10 party states in the country, compiled based on a few choice qualifiers like "number of clubs," "beer consumption," and "music festivals," try not to let those beer goggles harden you to the messenger; there's not much to be done if your local hangout doesn't compare. There has already been a small outcry from Wisconsin-ites disagreeing with the findings profusely. I heard that lots of cheese was thrown, but that's neither here nor there.

The findings were based on quite a bit of data, including median age (a lower median meant a higher score), alcohol taxes, bar opening and closing hours, the number of universities and colleges per capita, and population density. Another contributing factor was the number of tourist attractions, which, though an indication of a destination spot, may not be the best of ways to analyze an area's propensity for the party. After all, the Grand Canyon is a tourist attraction, and the craziest things I've ever seen there are a donkey with questionable coordination given the situation, and people getting far too close to the edge for comfort. Crazy people.

I can personally vouch for the state that received the number one spot — California, obvs — because I've lived there my entire adult life, and the debauchery flows like Ted Cruz's rhetoric. Its temperate weather, the relatively small amount of clothing required in order to survive outside during any season, and laid-back mentality makes up a trifecta of keg-bearing bliss. As a matter of fact, it does seem that several of the states falling in the top 10 share warmer weather. There are also a few states that come out of nowhere, though. It's always the quiet ones.

The top five include...

Vegas is indeed a force to be reckoned with.

More like this
Craving The Beach? Here's Your Guide To A Solo Vacation In Turks & Caicos
By Alexis Morillo
TikTok's Butter Board Might Be The New Cheese Plate
By Emma Carey
Deliveroo Is Selling Lotus Biscoff Cinnabons Now
By Darshita Goyal
10 Pumpkin Recipes That Are Way More Creative Than Pie & Lattes
By Rebecca Deczynski and Alexis Morillo
Get Even More From Bustle — Sign Up For The Newsletter