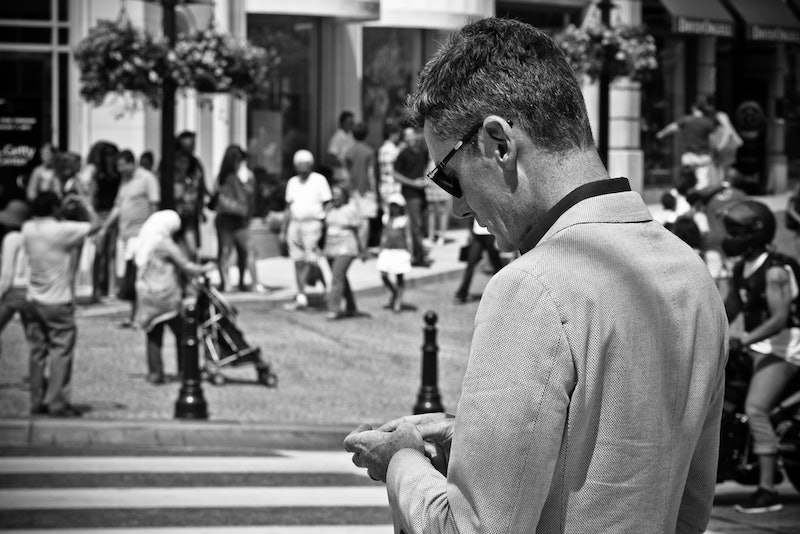 Depending on who you ask, Tinder is either an amazing social experiment or the beginning of the downfall of humanity. I'm pretty firmly in the former camp, and if you need a reason why, look no further than this Tinder hack that makes dudes unknowingly chat with other dudes. Seriously, please do because it's pretty much the best thing I've seen all week. According to the Daily Dot, we have an anonymous California-based programmer going by "Patrick" to thank for this genius experiment. Using a fake Facebook authentication, he set up two bots disguised as sexy brunettes. Although he's a fan of the app — he met his current girlfriend on it — he got the idea to troll male users after hearing about the kinds of things male Tinderers would say to his female friends. If you've used it before, you're probably familiar with how Tinder's relative anonymity makes for some notoriously awful pick-up lines (and seriously epic tantrums). At first Patrick planned to create a something that posted the first messages his friends received on Twitter, but he went with the bot instead when he realized that Tinder is "surprisingly easy" to hack, The Verge reports. The prank isn't too complicated: when men swipe right on a bot's account, any messages the would-be suitors send are directed to other men who've matched with the bot, who also think they're messaging the hot brunette. It's a simple idea, but the results are nothing short of hysterical.

<img alt="" src="http://2.bp.blogspot.com/-p9whylrqliM/Ud3R74x6NnI/AAAAAAAAN0A/nhChnQ6LnCw/s1600/adam-levine.gif" class="article-body-image" title="Image: http://2.bp.blogspot.com/-p9whylrqliM/Ud3R74x6NnI/AAAAAAAAN0A/nhChnQ6LnCw/s1600/adam-levine.gif"/>The men start out flirtatious (or their version of flirtatious, at least) but quickly descend into general panic and confusion when the response isn't what they were expecting. "It's a dude!!" cried one user, referring to another's profile picture after they exchanged Instagrams. "Are you a tranny?" asks one, point-blank. NOT COOL to use that word, guys. You obviously deserve to be pranked.

My particular favorite, though, is when one guy makes a last-ditch attempt to chalk it up to language barriers. "I don't understand you... What is 'aman'? You mean 'awoman?'" he wrote in desperation.

<img alt="" src="http://26.media.tumblr.com/tumblr_lupt7tFdvr1r6aku6o1_500.gif" class="article-body-image" title="Image: http://26.media.tumblr.com/tumblr_lupt7tFdvr1r6aku6o1_500.gif"/>Despite all the evidence, though, most of the dudes take so long to realize what's going on. "They ignore all the signs, they ignore all the weird things," Patrick told The Verge. "When someone is so quick to meet up without any detail... Maybe it's deserved." To be fair, some of them have a great sense of of humor about the prank. Others... not so much. But either way, it's nice to see men inflict their offensive pick-up lines on each other instead of women for once. To check out the results of the prank in their (hilarious) entirety, head over to The Verge . Trust me, you won't regret it.