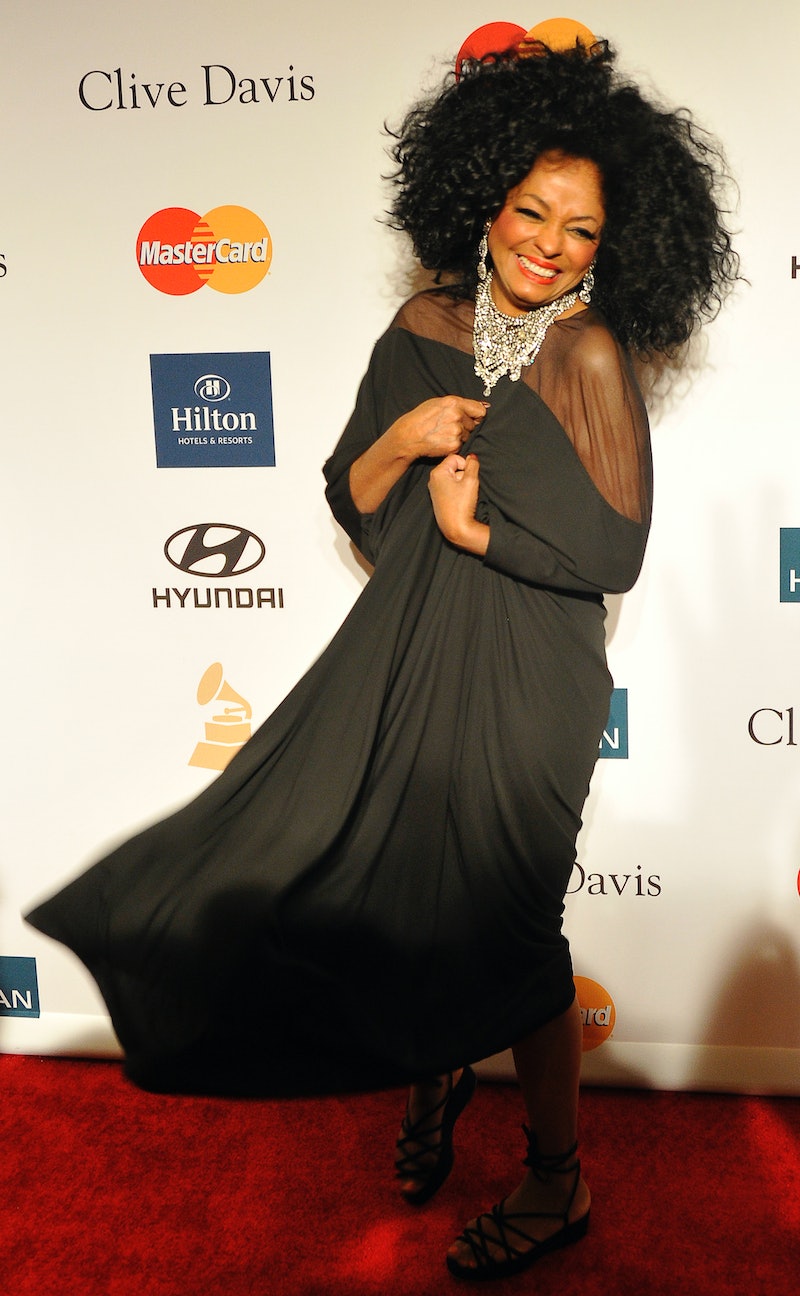 Before Queen Bey, there was Queen Diana Ross, and, my, oh my, did she stun. Diana Ross celebrated her birthday this week, making this the perfect time to re-visit her iconic wardrobe. I recently watched her 1975 film Mahogany again and witnessed (1) just how much the 70s is definitely making a comeback this year, and (2) how devastatingly fashionable Ms. Ross was, from her vivacious hair to her unwavering glamourous furs and sequins.

When speaking of Diana Ross, one must refer to her as an icon. Joining the ranks of Audrey Hepburn, Grace Jones, and even Princess Diana, the singer, actress, and dancer truly influenced our culture — with a pin and needle to match. What many often forget is that Ross was actually a talented fashion designer. She even received full credit for her designs in the film Mahogany, in which she played an ambitious woman from Chicago who had dreams of being an internationally known designer.

Many might already know how the story goes, but here's a refresher: Diana Ross came into the entertainment industry by way of Detroit, the home and birthplace of Motown Records. She went on to be a member of the musical trio The Supremes, and later moved on to a successful solo career. Her acting chops scored her a leading role in Lady Sings the Blues, and other films that undoubtedly influenced the history of fashion. As we celebrate Ms. Ross' 71st year on Earth, and the return of the 70s boogie-ing into our closets, there's no better time to sift through some of the Queen's most inspiring style moments.

From the hair to the lashes, Diana owned it

Dear Rihanna, Diana rocked this look long before you did

Mom jeans and crop tops for the win!

Is it just me, or does this look like where Solange might be getting some of her inspiration?

The hair and the fur take the cake, but can we please just admire her eyebrows for a minute

Also, let's not forget these most recent moments in which Diana Ross proves that no matter her age, she will continue to stun: