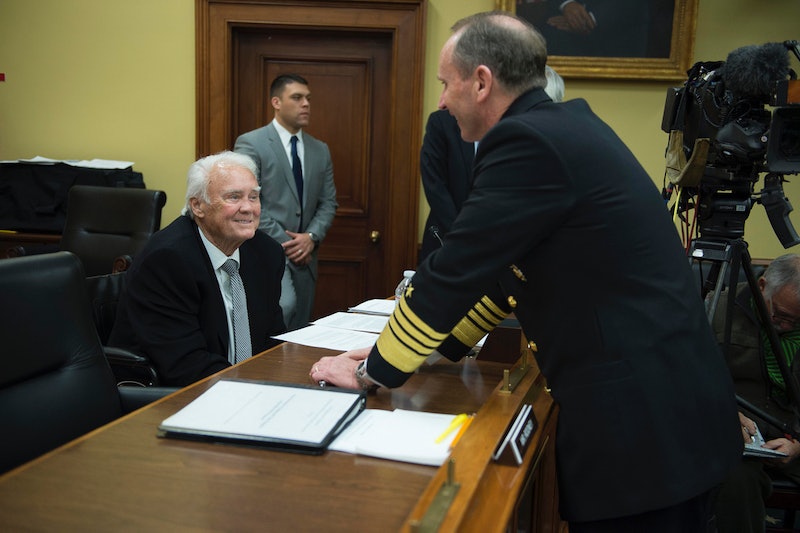 The longest-serving House Republican, Florida Rep. Bill Young, died Friday at Walter Reed Medical Center, from complications related to an old back injury. The 82-year-old's death comes only a week after he announced he would not be running for reelection in 2014.

Young, first elected back in 1970, is most known for his role as chairman of the House Appropriations Committee, on which he served from 1995 until his death. A forceful advocate of military spending, Young was instrumental in expanding the country's defense budget, securing millions for military contracts, and serving also on the Military Construction and Veterans Affairs subcommittee.

“It’s only been a week since we began trying to imagine the House without Bill Young – an impossible task in its own right – and now he is gone," House Speaker John Boehner said in a statement. "In our sorrow, we recall how not a day went by without a colleague seeking Bill’s counsel as he sat on his perch in the corner of the House floor. There was a good reason for this. Here was a man who had seen it all and accomplished much. Looking out for our men and women in uniform was his life’s work, and no one was better at it. No one was kinder too.”

Young — who dropped out of high school and never went to college, instead joining the National Guard at age 18 — got into politics at the age of 29. In 1960, he was elected as the only Republican in the Florida Senate, where he served for a little over a decade. He then ran for Congress, representing Florida’s tenth district, and won.

“[Young] will be remembered for his advocacy and support for the armed forces, service members, and their families as well as his statesmanship and long history of working across the aisle to keep our country moving forward,” said President Barack Obama.

Young's death opens the floor for Democrats to now win the Florida district, which is currently made up of 35.2 percent Democrats, and 37.7 percent Republicans. A special election, set by GOP Gov. Rick Scott, will be held to finish Young's term.