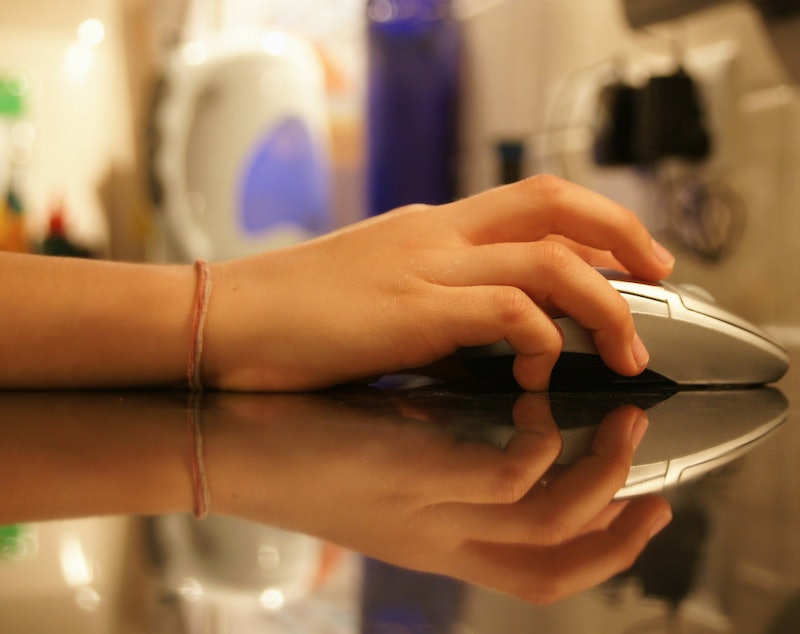 The step-mom of the 14-year-old girl accused of cyber-bullying Rebecca Ann Sedwick before her suicide was arrested Friday and charged with child abuse and four counts of child neglect. Vivian Vosburg, whose stepdaughter, Guadalupe Shaw, was arrested on charges of aggravated stalking earlier this week, was detained after a video showing the woman hitting two kids was posted on the family's Facebook page.

According to the arrest affidavit, the Polk County police found the video, posted in July of this year, after receiving tips from members of the community who'd seen Vosburg on the TV. The video allegedly shows two young boys fighting on a bed, when a woman — Vosburg — steps in and begins hitting one of the 12-year-olds. After he is punched in the face, he falls off the bed, immobile, while the woman continues beating the other.

Vosburg admitted to being the woman in the video, and is currently being held in custody ahead of a hearing. "Vivian repeatedly stated that she was not feeling well that day, that she had a long day at work...Vivian admitted she did go too far...," the affadavit reads.

“I can tell you this, the apple doesn’t fall far from the tree,” Polk County Sheriff Grady Judd said during a press conference Friday afternoon.

Earlier this week, Vosburg's 14-year-old stepdaughter was charged with aggravated stalking connected to the death of Rebecca Sedwick, the 12-year-old Floridan girl who threw herself off a building after months of being bullied. Police found the suspect after she gloated about torturing Sedwick, posting: "Yes ik bullied Rebecca nd [sic] she killed her self [sic] but IDGAF [I don't give a f*ck]."

At the time, Sheriff Judd had pointed out the crucial role parents play in cyber-bullying situations. "Watch what your children do online,” he'd said to parents. “Pay attention. Quit being their best friend and be their best parent. That’s important.” On Friday, Judd added that "the bullying that we saw certainly could have been a byproduct of what I saw that occurs, apparently, as a routine in the home."

As it stands, there is no law which holds parents criminally accountable for cyber-bullying waged by their children, but it's being worked on. On Thursday, George Zimmerman's defense attorney, Mark O'Mara, announced he was drafting a proposed law that would make parents liable in cyber-bullying cases.