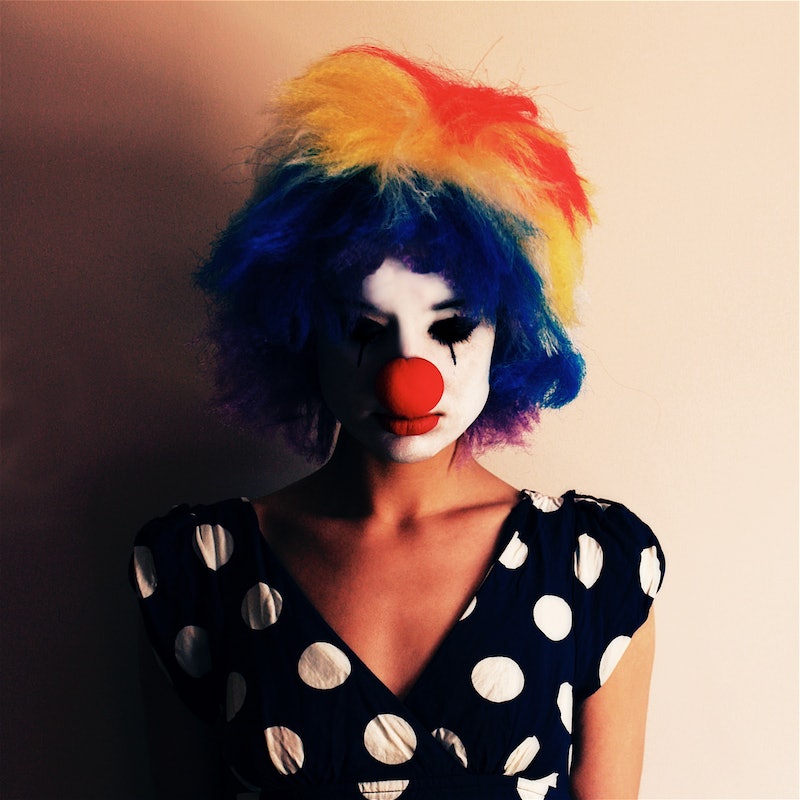 If you're one of those incredibly lucky people who has an office full of amazing coworkers putting up with the semi-regular bouts of nonsense you subject them to, that's something to be very thankful for in and of itself all year long. Despite the godlike patience of others though, there are certain April Fools' Day pranks not to play at the office that should be avoided. We've already gone over a few jokes that are actually hilarious and that we encourage — but only if you document them well and send us reaction shots, of course. So we only thought it fair to go over a list of those that might end up costing you your job.

True, the subject matter is a little macabre. Who in their right mind, you may be wondering, would do something so inappropriate that their cash flow was on the line? May I remind you that people the likes of Snooki, Paris Hilton, and PewDiePie exist, whose sole purpose in life, it seems, is to watch the world burn? Some people need a little reminder that the sneaky misadventure they've been planning for months may not have the best of ramifications on their social lives. So let's discuss a few pranks that have no place under that cute little glass ceiling.

1. Planting a sexy Fifty Shades-esque love note on your boss's desk, and signing it with your best office friend's name.

Twiddling your diabolical little ink-stained fingers together, hiding in your cubicle, waiting for the aftermath. Hilarity ensues. So does the job search.

2. Filling the entire office with shelter puppies in the wee hours, and then filming your coworkers' reactions as they walk in.

Though this would be the cutest of the pranks and the shelter would likely thank you (because who can resist the urge to adopt once they've come face-to-face with the little guys?), it would also be messy, chaotic, and that boss of yours who's deathly allergic has been calling the shots lately. Better to play it safe.

3. Dyeing your hair in shades of rainbow, and pretending there's been no change at all when coworkers bring it up.

"What style change? I'm not quite sure what you mean." *flips magical mane*

4. Gluing the break room fridge door to its frame, and watching people struggle all day to chill their Jamba Juice and Cobb salads.

You see it as more of a reminder of the ridiculousness of the first-world issues we encounter than a prank. If anyone asks.

5. Telling everyone, in all seriousness, that you've decided to join the circus/theatre/opera, as you've always had a calling to perform.

Tell them that it's not a decision under your control; that the mighty spirits of dance beckon. Proceed to pirouette in the hallway whenever anyone is watching. Don't be too shocked when you're called into the boss lady's office for a very compassionately offered mental health leave.

6. Putting those super realistic-looking gunshot hole stickers all over the left side of your car.

Circle around your work block during lunch hour. A trench coat and massive glasses would also be a nice touch. Let it slip to that one really gossipy coworker that your uncle is from Sicily.

7. Walking right into your boss's office unannounced and demand a raise

Hey, if all else fails, it's April Fools', right?

More like this
15 Easy Pranks To Play This Halloween
By Emily Kelley and Lauren Grant
15 Halloween Costumes Inspired By TikTok Trends
By Emma Carey
The Spiritual Meaning Of Angel Number 000, Explained
By Kristine Fellizar
14 Scary Campfire Stories To Tell Your Friends
By Charlotte Ahlin and Kaitlyn Wylde
Get Even More From Bustle — Sign Up For The Newsletter