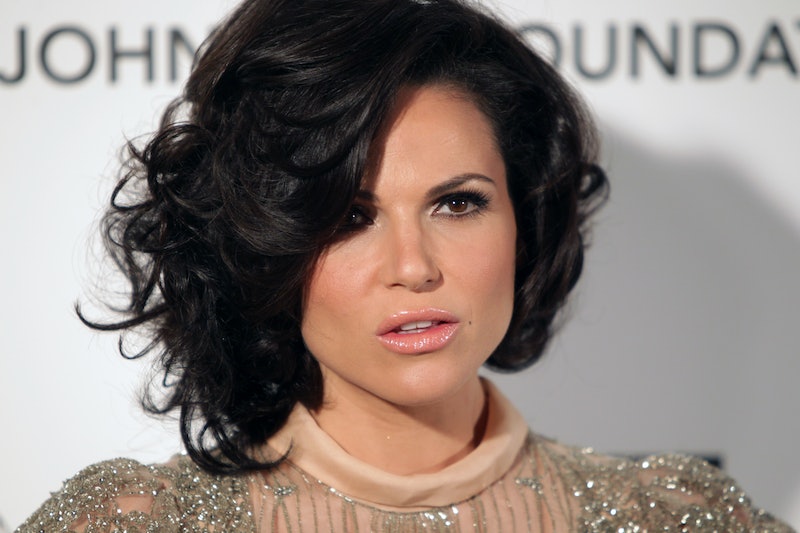 It's been three and a half years since Once Upon a Time first debuted on October 23, 2011, and if you watched it from the start like I did, you probably forgot a whole lot about Storybrooke's early days. We're well into the second half of an extraordinarily dramatic and stressful fourth season, and I swear I haven't felt this attached to TV characters since Friends ended. Which is probably I was so severely annoyed when I re-watched the pilot episode.

Revisiting the premiere episode threw me for a bit of a loop. Considering that we've been anxiously fretting over a whopping six dangerous and intriguing fairytale villains just this season alone, it's hard to believe Regina Mills was ever the primary source of evil in the fantastical Sunday-night drama. Our favorite fairytale characters have barely had a chance to catch their breath since the minute Henry showed up at Emma's door step — so it's plenty easy to loose sight of the minor details of each character's history.

Fortunately, every one of these five things that bothered me about the first episode reinforced everything we love about the show: forgiveness, second chances and hope.

Regina Was So Brutally Mean to Henry

Tables turned in Season 3 when it was Regina's unconditional love that broke Henry's spell. Problem is, she was furthest thing from hero material when we first met her. When Emma used her super power to decide whether Regina truly loved Henry, she was actually so concerned for Henry's safety that she moved to Storybrooke. Experiencing her terror all over again, it's a wonder how we even forgave her.

Snow White Was Not the Fairest of Them All

I totally forgot how sad-looking Snow White was made to appear under Regina's curse. Between the pixie haircut, the prissy clothes and the push-over attitude, the Evil Queen really did a number on her. And yet somehow Mary Margaret still managed to be so gosh-dang optimistic. Annoying, yes, but it reminded me that the real Snow White was always in there deep down, even under that curse.

Leave it to Prince Charming to elaborate on the corny. I suppose he's just supposed to be arrogant enough to know his perfect kiss would wake his girlfriend. Enchanted Forest flashbacks are some of the most over-the-top corny scenes I've ever seen, but it's one of the best elements of the show because it really emphasizes the realities of our world versus theirs.

I happen to love this outfit, but there is no way Emma Swan did. Sure, she only wore it for work but it just goes to show that she wasn't being herself in her old life. Even if she hadn't broken the curse, finding Emma was the best thing Henry could have done for her well-being. She found a purpose in Storybrooke, accepted who she really is and never wore heels again.

Not One Person Realized Henry Was the Only Kid Growing

OK, this one still bothers me more than anything. But, hey, it's a fairytale world — does it ever really make sense?

More like this
This 'Gossip Girl' Wardrobe Error Has Gone Viral On TikTok
By Alyssa Lapid
Hilary Duff Is “Optimistic” About A 'Lizzie McGuire' Reboot
By Alyssa Lapid
'Friends' Star Maggie Wheeler Offers Support To Matthew Perry After Reading His Memoir
By Alyssa Lapid
Rupert Grint Just Shared A *Major* Update About Ron Weasley’s Future
By El Hunt
Get Even More From Bustle — Sign Up For The Newsletter
From hair trends to relationship advice, our daily newsletter has everything you need to sound like a person who’s on TikTok, even if you aren’t.