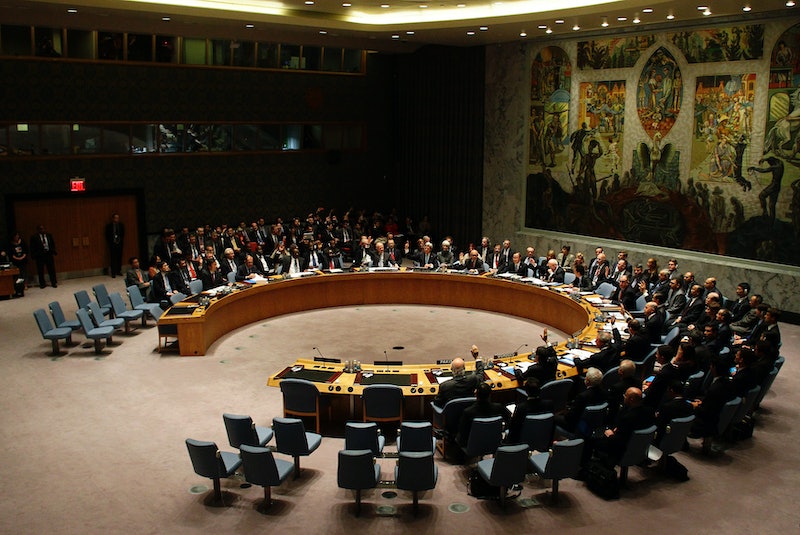 A specific date for the "Geneva 2" conference on Syria may or may not have been set Sunday, when Arab League Chief Nabil Elaraby announced that the talks would begin on November 23 — only to be later contradicted by the international envoy for Syria, who maintained that the date had not yet been set "officially." The announcements come as a car bomb exploded in the central city of Hama, killing dozens and emphasizing the need for diplomatic resolutions to the crisis.

According to state media reports, a suicide bomber driving a truck in Hama detonated the 1.5 metric tons of explosives he was carrying Sunday, killing at least 30 people and injuring dozens more. Although no one has, as of yet, claimed responsibility for the attack, reports are suggesting that opposition forces were behind it, with state TV blaming "terrorists" — the government's word for the rebels — and the Syrian Observatory for Human Rights confirming that "the blast targeted a checkpoint manned by regime troops near an agricultural vehicle company."

The attack highlights the ongoing violence across the country, especially in rebel-held areas. On Saturday, the United Nations humanitarian chief called for an "immediate pause in hostilities" in Moadamiyah, an opposition-held suburb of Damascus which continues to see shelling and fighting. Although last week 3,000 people were evacuated from the town, another 3,000 still remain trapped with dwindling resources.

"I call on all parties to agree an immediate pause in hostilities in Moadamiyah to allow humanitarian agencies unhindered access to evacuate the remaining civilians and deliver life-saving treatment and supplies in areas where fighting and shelling is ongoing," she said.

Much hope is being placed on peace talks known as the "Geneva 2" conference, which are seen as the most likely way to end the two-year-long conflict. On Sunday, Nabil Elaraby, chief of the Arab League, said the Geneva-based talks would begin on November 23.

"I discussed the Syria file with Lakhdar Brahimi and it was decided that the Geneva meeting would take place on November 23 and arrangements are being made to prepare for this conference," Elaraby told reporters. However, Brahimi, the international envoy for Syria, later said that "the date has not been officially set."

In the meantime, another meeting will be held in London next week between foreign ministers of the London 11 — Britain, Egypt, France, Germany, Italy, Jordan, Qatar, Saudi Arabia, Turkey, the United Arab Emirates and the United States — and representatives of the Syrian opposition. According to British Foreign Secretary William Hague, at the conference, the nations will "discuss preparations for the Geneva Conference, support for the [opposition] Syrian National Coalition, and our efforts to achieve a political settlement to this tragic conflict."

Over 100,000 people have already died and hundreds have been displaced because of the two-and-a-half-year Syrian conflict, which began as peaceful protests against President Bashar Assad as part of the Arab Spring, but soon degenerated into a bloody civil war.