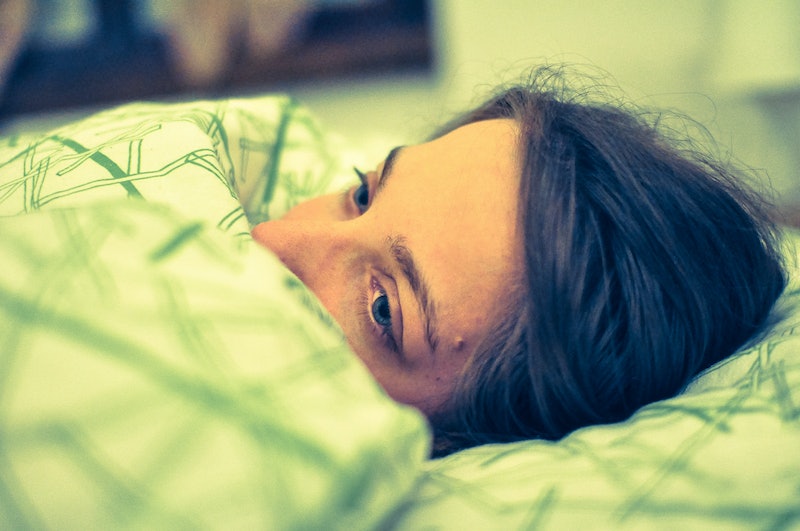 There seem to be two kinds of people in the world: those who pop up when the sun dawns, cheerful and ready for the day, and those who work best late into the night and think nothing of hitting the sheets at 3 a.m. Unfortunately, with its 9-to-5 jobs and stores that refuse to be open all night, the world is pretty much biased towards early bird people — even though some science now shows that teenage night owls score higher on intelligence tests. (Early birds, however, tend to sleep more regularly and have more stable moods.) So many former night owls, particularly if they're coming out of college and entering the world of "real jobs" and irritatingly daylight-focussed life, need to learn to hack their own sleeping patterns. But is it really possible to turn a night owl into a morning person?

Once you learn that the brain structures of night owls and early birds are actually different (night owls tend to have less of the fatty insulating matter that transmits neural messages) shifting to an 8 a.m. wake-up call might seem impossible. The good news? It isn't. In the end, your preferences might be set, but sleeping patterns come down to the body's circadian rhythm, which is regulated by a mix of hormones, an internal "body clock," and outside stimuli. But changing yourself from the kind of person who watches Friends till 4 a.m. into one who's up early for a 7 a.m. bus is based on your behavior at one time of day: the morning. Turns out your sleep patterns are based very heavily on when you try to wake up. Counterintuitive? Maybe. But certainly effective.

So if you're trying to make yourself into a person who actually sleeps when it's dark, here are 12 life hacks to make it easier.

1. Remember that waking up at the same time every day is more important than having a regular bedtime.

The science is in, and it turns out that regularity in your wake-up time is what really convinces your body to shift to becoming a morning person. You don't have to leap immediately to a 6 a.m. wake-up (see tip 2), but enforcing that attempt to be a morning person by actually getting out of bed is the most powerful thing you can do.

Big problem in habit-changing generally? Trying to do it all at once, and then (obviously) failing and giving up. If you're used to waking up at 1, immediately trying to stick to a 7 a.m. wake-up call is just not going to work. Move yourself earlier in increments, and it'll be easier to get used to.

Light is a massive factor in waking us up, kick-starting the hormonal wake-up calls in our brains, but it can't do it all. Even if you draw the curtains wide, it still has to be part of a routine, like one called the RISEUP method for people who can't get out of bed:

Refrain from snoozing Increase activity for the first hourShower or wash faceExpose yourself to sunlightUpbeat musicPhone a friend The method was developed to help depressive people who needed to regulate their sleep schedules, but it's also good for reforming night owls who just want to get out of bed.

4. Don't schedule stuff too late in the evenings.

Over-stimulation of the brain at night will make it more difficult to sleep. So be boring and make sure you're home and in bed by 10.30 — at least while you're still adjusting. Your social life may suffer for a while, but you'll find it easier to drop off if your head's not full of the gossip you just heard at the bar.

5. Eat protein in the mornings.

Carbs in the mornings are a bad idea; protein is the right move, to kick-start your system and make you more energetic. Experts recommend a breakfast of protein, a whole grain, and a vegetable or fruit, (so granola, eggs, and strawberries, for instance). Plus, it'll fill you up till lunch, and it's a nice reward (which is also a good way to motivate yourself to get out of bed).

6. Turn off electronic devices at night.

This is part of what's called good sleep hygiene: keeping your immediate area free of distractions and white noise so it's easier to fall asleep. Resist the temptation to check Twitter juuuust as you're drifting off to sleep, or watching one more episode before bed. Zone out and get a book instead.

7. Get an alarm that doesn't let you hit snooze.

There are a bunch of alarms that force you to do a lot more than hit a button to make them go away. Some move around, others ask you questions you have to answer — it's a brave new world. If you can't afford a new one, just put it somewhere else in the room, so that you have to physically get up and find it before you can get any peace.

8. Try not to go back to night-owling on weekends.

The temptation to get off work and immediately get back to your schedule of partying till 2 may be hugely hard to resist — but if your aim is adjusting to a morning person schedule, don't do it. Your body doesn't recognize weekends, it just sees that you've broken your habit and aren't adjusting. Cue a much harder Monday morning.

Obviously, there are a host of apps in the world to help you on your journey to early-bird-dom. Some are risky — they plot to reveal an embarrassing fact about you on Facebook unless you get up and turn them off in time, for instance — but others are more pragmatic. A simple sleep-tracking app is the bare minimum, so you can see how you're doing and whether your current schedule is successful.

10. Be careful about napping.

After the first adjustment period, napping becomes a tricky prospect. Be careful about dropping off again in the mornings; you may just want to crawl back into bed and never get up again. Once you're more settled, an afternoon nap might be OK once in a while, but always do the prescribed 20 minutes or so and only on sleep-deprived days.

11. Pre-plan the morning to lessen the load.

If you look at the business of mornings with dread, try to make it easier the night before. Do everything from laying out your clothes to pre-doing your hair if that'll mean one less thing to do while you're sleep deprived. And gradually shift these tasks to the morning one by one, so it doesn't feel like a whole bunch of new responsibilities landed on your head at once.

12. Exercise in the mornings.

Oh god, now we want you to actually get up and do a responsible thing as well as just be awake?! But trust me on this one — movement is great for waking you up, and you'll be too tired to grumble as the girl on the yoga DVD tells you to do something odd with your thighs.

More like this
On TikTok, Tinned Fish Date Night Is The Latest Viral Food Obsession
By Emma Carey
This Psychological Effect Might Be Keeping You From Hitting Your Goals
By Lexi Inks
The 5 Best SLS-Free Toothpastes, According To Dentists
By Amy Biggart and Danielle Calma
Angel Number 333 Is All About Self-Love & Alignment
By Brittany Beringer and Kristine Fellizar
Get Even More From Bustle — Sign Up For The Newsletter