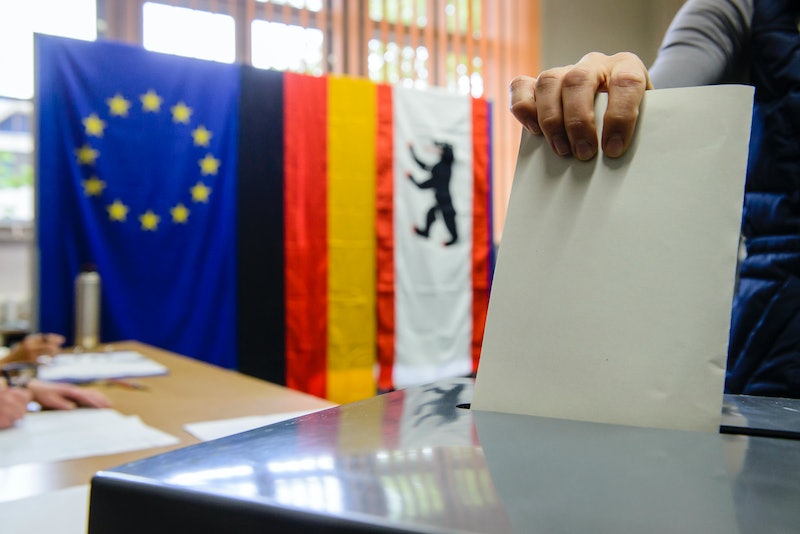 Two big, controversial, seemingly unrelated things happened in Texas this summer. The first was Wendy Davis and her epic, sneaker-padded filibuster. The second was the state's strict new voter ID laws, which have already been criticized for their possible discriminatory effects on minorities. But not that much attention has been paid to the fact that these new voting restrictions will have a major impact on women — women that might be inclined to vote for Davis for governor.

The new law, which goes into effect as soon as November 5, requires that citizens provide a photo ID with their current, legally-recognized name when voting. Which sounds like a reasonable, no-big-deal request, until you consider the fact that a large percentage of women take their husbands' names when they get married. In fact, according to the Brennan Center for Justice, only “66 percent of voting-age women with ready access to any proof of citizenship have a document with [their] current legal name.” That means that as many as "32 million voting-age women may have available only proof of citizenship documents that do not reflect their current name."

Not only do many women not update their IDs after taking their spouses' names, proving a name change can be tough — especially when the law prohibits the use of photocopies. In order to vote, a woman who's taken her husband's last name would have to have an original marriage license or divorce decree. If those papers have been lost (which, let's face it, is often the case), she'd have to travel to the state capital and pay at least $20 dollars to get new copies printed. Or wait roughly two months and pay an extra $20 or so to get it mailed.

“While some women do have access to the entire chain of documents that connects their current name with birth name — including birth certificates and marriage licenses — that’s not always the case,” says Elisabeth Genn, counsel for the Brennan Center for Justice’s Democracy Program.

Of course, none of these issues will affect the majority of married men, because they don't tend to change their names after getting married or divorced. And the legislation — which became possible after the Supreme Court gutted a major part of the Voting Rights Act — won't just affect women. According to the Brennan Center, 16% of Hispanics also don't have the correct form of ID, nor do 25% of eligible African-American voters. The elderly aren't safe either — 18% of those over 65 have the wrong sort of identification.

Although proponents of the legislation argue that the provisions are "common sense," the Department of Justice is already in the process of suing Texas (as well as the similarly restrictive North Carolina) for the discriminatory effects of the law. But in the meantime, the consequences of making it tougher for women to vote — whether intentional or not — will potentially have a lasting impact on the race for governorship between the only Democratic, pro-choice state Sen. Wendy Davis, and Republican Attorney General Greg Abbott. (Abbott, who once compared Planned Parenthood to a terrorist organization, said last week: "I'm proud to say there is nobody in the state of Texas who has done more to fight to help women than I have in the past decade." Except for, uh, the woman he's running against.)

Low-income voters and minorities tend to vote for Democrats, and in 2012, it was women who determined 22 of 23 Senate races. So if a large percentage of women and racial minorities are unable to cast a ballot, it's not hard to guess how the race will go.