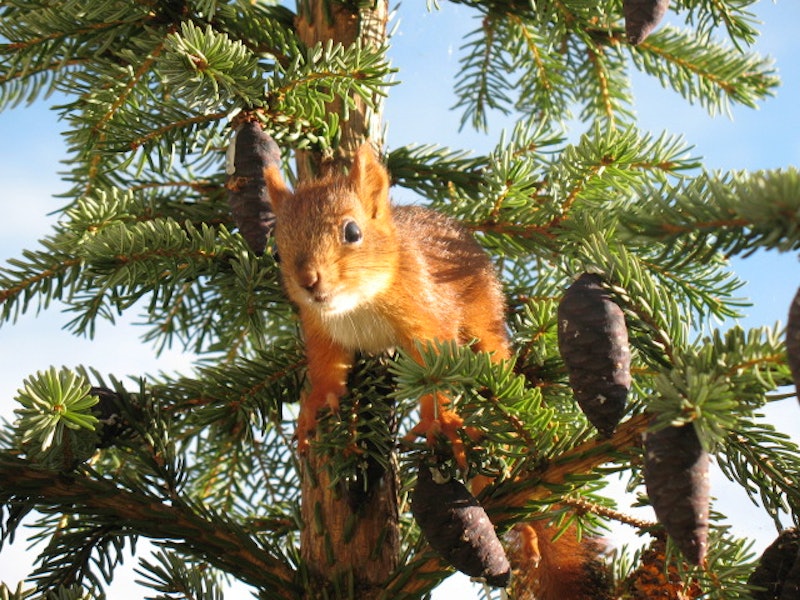 Prepare to have your heart supremely warmed. Reddit user Priami recently posted photos of a red squirrel who lived with him for six years after his grandmother found it injured on the side of the road. Though his grandmother initially thought the squirrel to be dead when she found it, she brought the baby squirrel to Priami to nurse back to health. Unfortunately, once they tried to release the squirrel back into the wild, he fell from a tree and hit a rock. They realized the squirrel would never be able to survive in the wild because of blindness in one of his eyes, so they took him in to raise him themselves. They named the squirrel Arttu, the finish version of Arthur. Things are about to get real cute, you guys. Hold on.

There are several sites that make cases against ever bringing a squirrel into your life, such as the Second Chance Wildlife Center which states “A baby squirrel is a far cry from the adult animal it will become. Trying to raise a baby squirrel as a pet can be disastrous for both you and the squirrel.” The National Wildlife Rehabilitation Association also states on that page that “A captive squirrel is constantly looking for a way out and that behavior cannot be changed.” Essentially, several professional wildlife organizations indicate that taking in a baby squirrel, no matter how well-intended, is always a bad idea.

Despite what animal experts might say about keeping a squirrel, Priami seemed to share a loving relationship with Arttu for the six years they were together. "We were very surprised at how "tame" he became," Priami wrote. “He liked to have playful "fights" with our hands (you know, like cats do) and he was smart enough not to bite too hard. He also liked to take naps in our pockets. He even recognized his "family" and became very wary if there was strangers nearby.”

In one of the images, you can see his claws being clipped. “Squirrel’s claws grow all the time so we had to occasionally cut them because he couldn’t wear them out naturally,” Priami wrote.

Here is a video of Arttu exploring Priami's brother's rooms a couple days after he was found:

After six years, Arttu died of old age. He died in his nest, curled up like he had just fallen asleep. Priami wrote that they gave all of his leftover food away to other squirrels after he died.