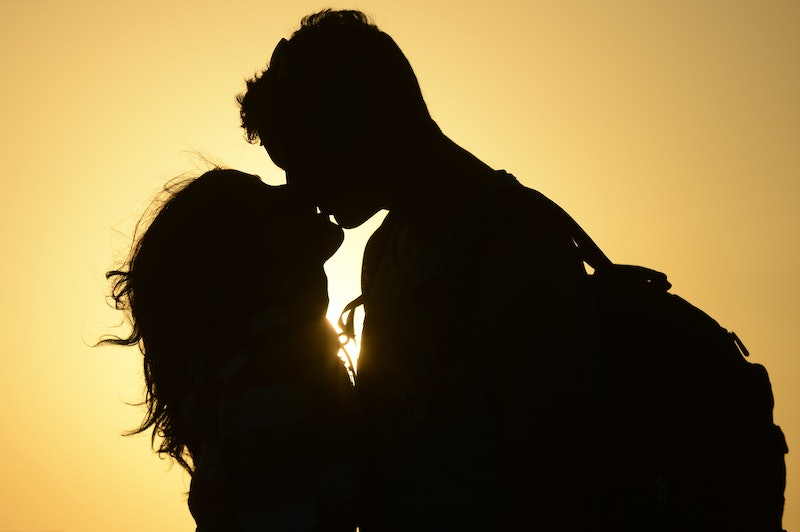 By now, you've probably experienced the sensation of getting over a bad breakup — there can be an almost overwhelming pain that accompanies the sudden loss of someone you love, whether the decision was made by you or the other party involved. You can't eat (not even Nutella), you can't sleep (not even with Ambien), and you can't social media (not even at all) because your entire network is one giant memory of the mess that is now your relationship. The world looks just a little bit more dull, you struggle to remember why you need to wake up in the morning, and everything just sucks momentously for a while as a whole.

If you've ever truly loved someone, you know what all of this feels like. As a matter of fact, sometimes it's difficult to imagine ever getting over it. Thoughts run through your head like, "Is it possible not to love this person? Will I ever move on?" Don't fear in the weakest of times, though; as we shared here, new research from Saint Louis University has shown that human beings actually have a built-in mechanism for getting over this type of loss, and it works. The mechanism in question is "designed by natural selection to pull us through a very tumultuous time in our lives," according to Brian Boutwell, Ph.D., an associate professor at Saint Louis who discovered the best news you've heard all week, while investigating how we fall out of love as people.

What's even more interesting is that they also delved into the reasons both men and women respectively initiate breakups, and the findings aren't a shock. While men are more likely to split up with someone who's been unfaithful to them physically, women go the opposite route, more often ceasing a relationship due to emotional straying. This, Boutwell suggests, is because men want to raise their own babies, not another man's. Ooh, the scandal. Women, though, thrive on more of a survivalist instinct in this sense, driven to maintain a relationship with whatever mate they deem can best "help in raising a child and [provide] physical protection."

AKA, this kind of man.

And not so much this kind.

This isn't the first time scientists have found that men and women differ in the way they choose mates. One research team found that women are more likely to show interest in men that are presented to them as being better people (despite the actual quality of the person in question) thanks to an evolutionary behavior called "parental investment theory."

Basically, when women hear that a man may be up to no good, they're less interested because they're in search of a solid mate who would be a higher caliber dad, or a more solid provider.

So if you happen to have had a bad breakup in the recent past, don't feel the need to force recovery, move on too quickly or wallow in misery; there was probably a legitimate reason it happened. Your brain's got a handle on it.

More like this
10 Ways To Be More Empathetic To Your Partner
By Raven Ishak and Lexi Inks
20 Women Reveal Exactly How Long It Took Them To Get Over Their Ex
By Amanda Chatel and Lexi Inks
Are Quality Time & Gift-Receiving Love Languages Compatible?
By Lexi Inks
The Differences Between Polyamory & Open Relationships
By Lexi Inks
Get Even More From Bustle — Sign Up For The Newsletter