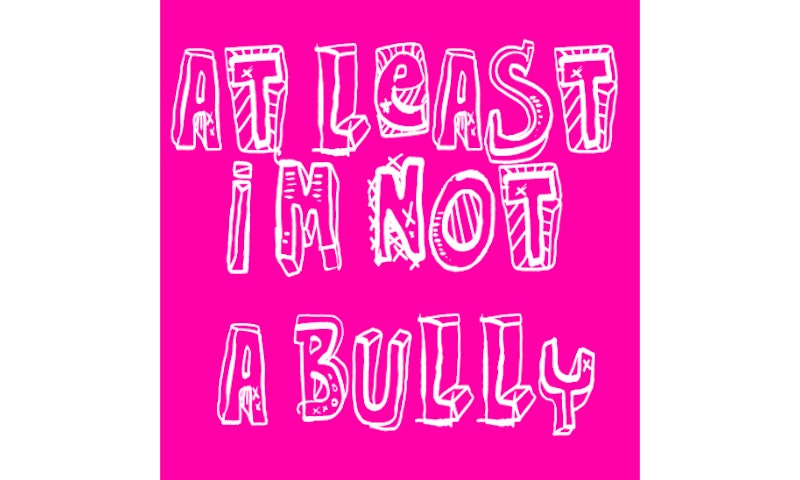 There never seems to be a right or wrong answer when it comes to bullying prevention and how to go about it. No matter what is done, or isn’t done, the timeless mêlée of the bully and the bullied carries on — a tragic fact, but one we’ve grown accustomed to.

For a while now, we’ve been convinced that the key to successful bullying prevention is through education — teach kids all about the subject from a young age, and subsequently, the consequences that can occur to both parties so that they become self-aware, caring young adults. Unfortunately, although that all may appear logical, it simply isn’t working.

A recent study by the University of Texas Arlington, published in the Journal of Criminology, shows that anti-bullying programs don’t work, and in fact, may actually be detrimental. As World Mag pointed out, the study proves that the more kids are taught about bullying, the more they learn how to get away with it. They learn which words and catchphrases are okay to use and which aren’t. They figure out the loopholes and take advantage of them.

The lead author of the study, Seokjin Jeong, told US News:

The schools with interventions say, 'You shouldn't do this,' or, 'you shouldn't do that.' But through the programs, the students become highly exposed to what a bully is and they know what to do or say when questioned by parents or teachers.

Perhaps part of the problem stems from the way in which anti-bullying programs define bullying. Often they attempt to be far too descriptive — giving out a list of terms and types that are unacceptable. But they’ll forget a few words, or forget the fact that new words and techniques are made up every day. They’ll say that cyber-bullying is wrong, but only list MySpace in the examples, failing to recall that no one uses MySpace these days, and thus suggesting that intimidation on Facebook, Twitter and the blogosphere is acceptable [means]CUT. They’ll say that pushing, punching or shoving are wrong but won’t mention things like pinching or hair pulling or tripping. And so in the attempt to list every possible bullying technique or word, they leave a lot out, and end up with the, “Well, this wasn’t on the anti-bullying list,” excuse. Perhaps the key is to be less descriptive — to use the bigger words, maybe even the vaguer terms, like “physical abuse of any kind,” “verbal abuse of any kind,” “emotional abuse of any kind,” and make the point that anything that hurts anyone in any way will be considered bullying. Maybe.

Or maybe another alternative is throwing in those real life examples of children, teens and young adults who’ve suffered at the hands of bullies and turned to self harm or suicide to escape — painting a vivid picture of the suffering bullying causes and inspiring empathy. It’s easy to say “bullying is bad,” but not so easy to show why, especially when the audience is either too young or to naïve to truly understand the profound impact they can have on someone else’s life.

Perhaps bullying-prevention programs need to tell kids about Tyler Clementi, the 18-year-old Rutgers student who jumped off the George Washington Bridge in 2010 after being severely bullied for being gay. Or Rebecca Sedwick, the 12-year-old from Florida who jumped off a tower last month after being bullied physically, verbally and through cyberspace for over a year for being fat. She wasn’t; but that’s not the point. Perhaps showing kids photos of Tyler and Rebecca and others will help. Showing them that these were real people — real kids, not unlike themselves.

Educators tend to be weary of being too graphic or too honest with kids in order to avoid distressing them – traumatizing them, even. But maybe those sad examples — those examples that anyone with a soul would cringe at — could be the way to go. Kind of like when drivers-ed teachers showed us images of Jacqueline “Jacqui” Saburido, who was severely burned and disfigured because of a drunk driver. The lesson there was obviously, “Don’t drink and drive. You could either end up like this, or do this to someone else.” Why shouldn’t the same practice be used to prevent bullying?

At the end of the day, having bullying-prevention programs at all doesn’t seem like the way to go. If no basic attempts are made at trying to define bullying, the results could be horribly, horribly bad. That whole “you never told me this was wrong” thing would be repeated again and again. Though basic human logic and compassion should be enough to keep people from terrorizing other human beings, it’s obvious that kids and adults alike aren’t always guided by basic human logic and compassion. And so the programs should probably exist — they just need to be re-vamped.