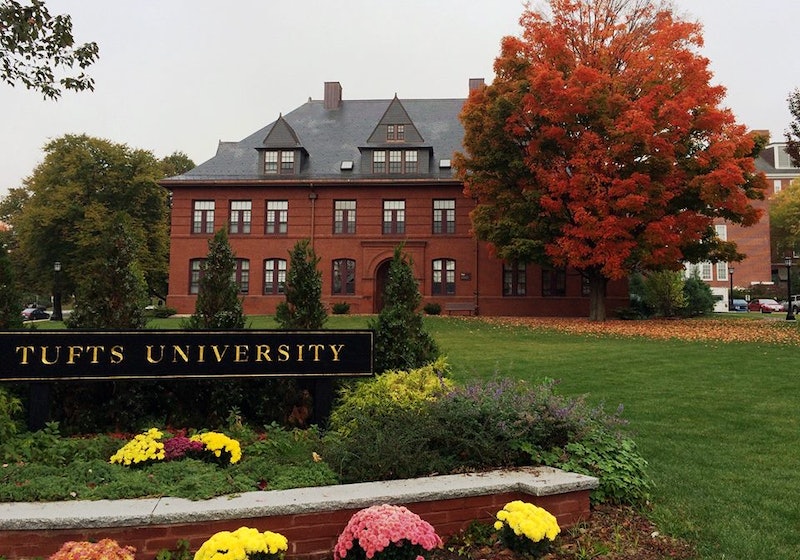 Until last weekend, I never quite realized just how apt the term "homecoming" was.

When I was actually in college, homecoming was an amazing day of drinking, watching our football team lose, wearing ridiculous tank-tops created especially for the occasion, and seeing the multitude of friends, role models, exes, and old crushes who were all back on campus.

I know, it sounds ridiculous. It's just a day, just a football game. But being back in Boston, being back at Tufts, being back with some of my best friends for the first time since May felt bigger. We flew in from all corners of the globe: California, Canada, Hong Kong. We ate pizza and drank and hugged and danced and told incredibly bad jokes. It felt amazing to slip back into old patterns, to make inside jokes, to play Dare Bowl (the best game that only my friends have ever heard of), to not have to miss anyone because all the people I usually miss were right there next to me. It made me realize just how awesome that feeling of togetherness, of community, of knowing that all of my people are in the same place is.

Of course, there were differences between this and homecomings past. We didn't make the stupid tank-tops. We didn't go to the frats (though we did think about it). But the real difference was that everyone was truly aware of how happy they were to be in the same zip-code, next to the same football field, watching the same team get creamed. We appreciated each other more than we ever did in college. Those four months apart had made all of us realize how lucky we had been for four years.

It was like getting the band back together. I now understand why Pearl Jam feels the need to have a reunion tour every decade. It's because, for them, that's homecoming.

More like this
The Spiritual Meaning Of Angel Number 000, Explained
By Kristine Fellizar
Isa Guha Is Taking The Lead
By Charlie Mock
14 Scary Campfire Stories To Tell Your Friends
By Charlotte Ahlin and Kaitlyn Wylde
Here’s Your Daily Horoscope For October 6, 2022
By Mecca Woods
Get Even More From Bustle — Sign Up For The Newsletter