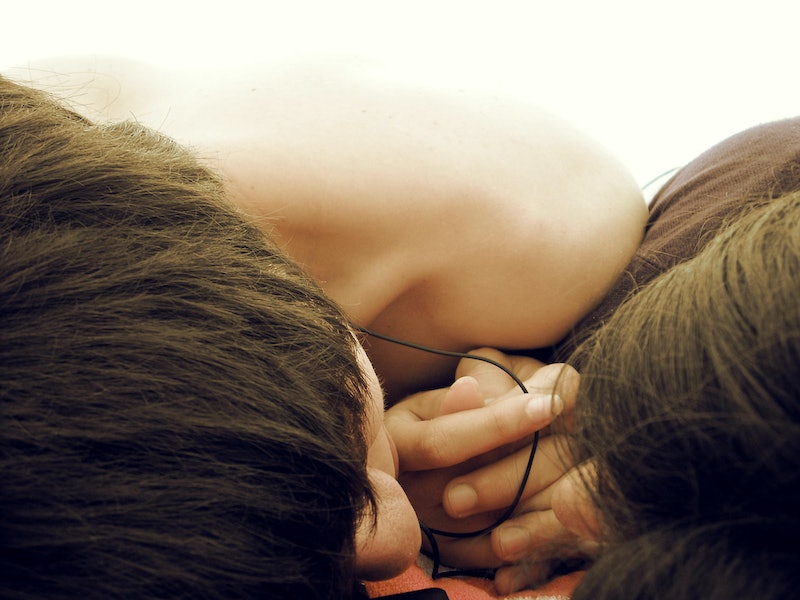 The night I met my boyfriend, I was in a pretty YOLO mood. Instead of trying to look “good,” as I might have in the past, I was just honest. And it led to me being open and honest in bed.

When he mentioned he was in the process of applying to a particular MFA program I’d applied to a couple of years before, I told him I hadn’t gotten in. When he bumped into something, I volunteered that I had bruises all over my legs because I am so gangly and accident-prone. I’ve always been known for my ability to be frank, but something about the combination of turning 30, moving across the country to my hometown of New York and leaving a six-year relationship nine months prior had really left me in a state of pure honesty. I just wasn’t going to spend the evening trying to come off as perfect.

Turns out this is more interesting anyway. And while I imagine the above-mentioned factors all contributed to bringing me to this state of candidness, I’m going to go ahead and mention one more: I don’t fake it in bed. This influences not faking it in life. In bed — and in life — I’m not about to pretend like I’m super into something if I’m not. Whether it’s feedback — “a little to to the left; harder; slower” — or asking for what I need, I’m going to communicate.

It’s not that I’m fearless — no one is. But I suppose this is about putting aside fear and just being clear about where I am on any given day. Here are a few tips, in case you want to try being more open in bed (and are curious where that might take you in life).

1. If you want or need something in particular in bed, say so.

About 80 percent of women can’t get off through vaginal penetration alone. Most of us — myself included — need some clitoral stimulation thrown into the mix. When I was younger, I didn’t even know what I needed, much less have the guts to express what that was. Figure out what you need and ask for it — and if it feels too scary or hard, do it anyway. If you can do it in bed, it’ll be easier and less scary to ask for what you need in life too, whether it be a raise, better boundaries with a friend, different communication with your mother — you get the idea.

Rejection is hard, and no one wants to be turned down when it comes to sex. But if you’re in the mood, say something to your partner. This can lead to great sex, and it can also lead to great communication. If you’re waiting for your partner to be the one who starts things up in bed, it’ll be much harder to bring up difficult conversations as well.

3. If you’re not feeling it, figure out what you’d prefer — and ask for it.

It happens sometimes: For whatever reason, a position or technique that usually feels amazing just isn’t doing it. Instead of going with it, try saying something. While it can be hard to press pause — there can be a fear of “ruining the mood” — you wouldn’t want your partner going through the motions if he or she wasn’t totally into it.

The same is true in life: If a friend’s behavior is grating, or a roommate continually does something that irks you, it’s much healthier to speak up than shut it down. In or out of the bedroom, it’ll come out eventually — and no one wants to be with someone who is secretly upset about something all of the time.