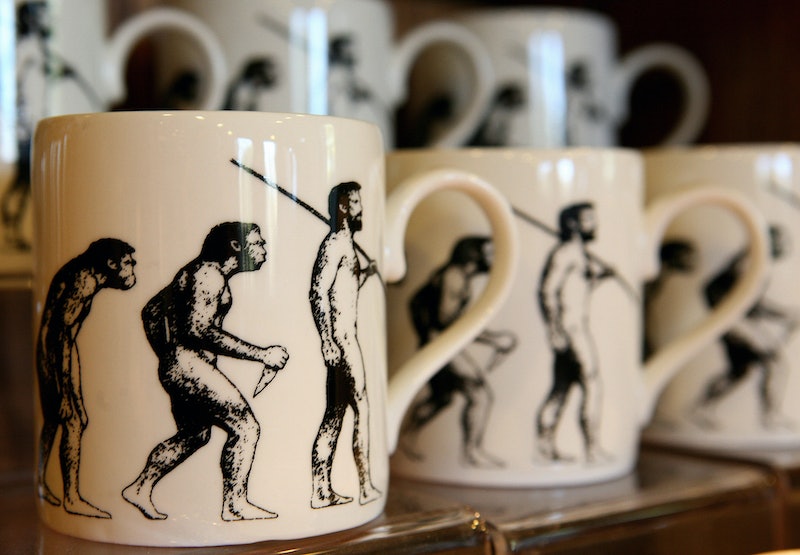 If you take a passing glance at the human race today it's pretty obvious that human bodies come in all shapes and sizes — but were we always that way? Well, the answer is "Mostly, yes!" According to new research body diversity actually emerged fairly early in human evolution. In other words, the idea that humans should all be one body type is not just silly, it's against evolution.

Until recently, archaeologists have believed that early humans were all approximately the same height and weight. However, according to a new study from researchers at Cambridge University's Department of Archaeology and Anthropology, in fact people began evolving diverse body types around 1.7 million years ago in what is today Northern Kenya. At that period in human history, there was a sudden shift towards individuals who were taller and heavier.

"What we're seeing is perhaps the beginning of a unique characteristic of our own species — the origins of diversity," said Dr Jay Stock, co-author of the study. "If someone asked you 'are modern humans six foot tall and 70kg?' you'd say 'well, some are, but many people aren't,' and what we're starting to show is that this diversification happened really early in human evolution."

So basically, people have always been different sizes and shapes, even going all the way back to our early ancestors. After all, 1.7 million years ago was an incredibly long time ago. There were still saber tooth tigers around. Homo Sapiens, the exact species of modern day humans,wouldn't even arise for another million years.

And did I mention saber tooth tigers?

For archeologists and anthropologists and evolutionary biologists, there's obviously a lot of fascinating implications for this new research, but for the rest of us, there are still some important takeaways, particularly the fact that different body types aren't just normal, they're natural.

Although we're often given the subliminal message that we're supposed to conform to whatever the ideal body type is for our time and place, in actuality, humans have almost never all conformed to a single model. Human bodies were already diversifying 1.7 million years ago. The fact that people can have such different body types today is not surprising — and it isn't something we should be fighting. Even back in the very early days of human evolution, there was no single height and weight that everyone conformed to.

So whether you're tall or short, naturally skinny or heavyset, don't stress about it. We're all just people, no matter our size or shape. And we always have been.

More like this
It's A Pleasure #53: Help! My Boyfriend Won't Tell Me Why He Stopped Going Down On Me
By Sophia Benoit
Bustle Daily Newsletter: October 4, 2022
By Hayley Schueneman
Help! I'm Not Getting Any Attention On Dating Apps. What Can I Do?
By Sophia Benoit
The 5 Best SLS-Free Toothpastes, According To Dentists
By Amy Biggart and Danielle Calma
Get Even More From Bustle — Sign Up For The Newsletter