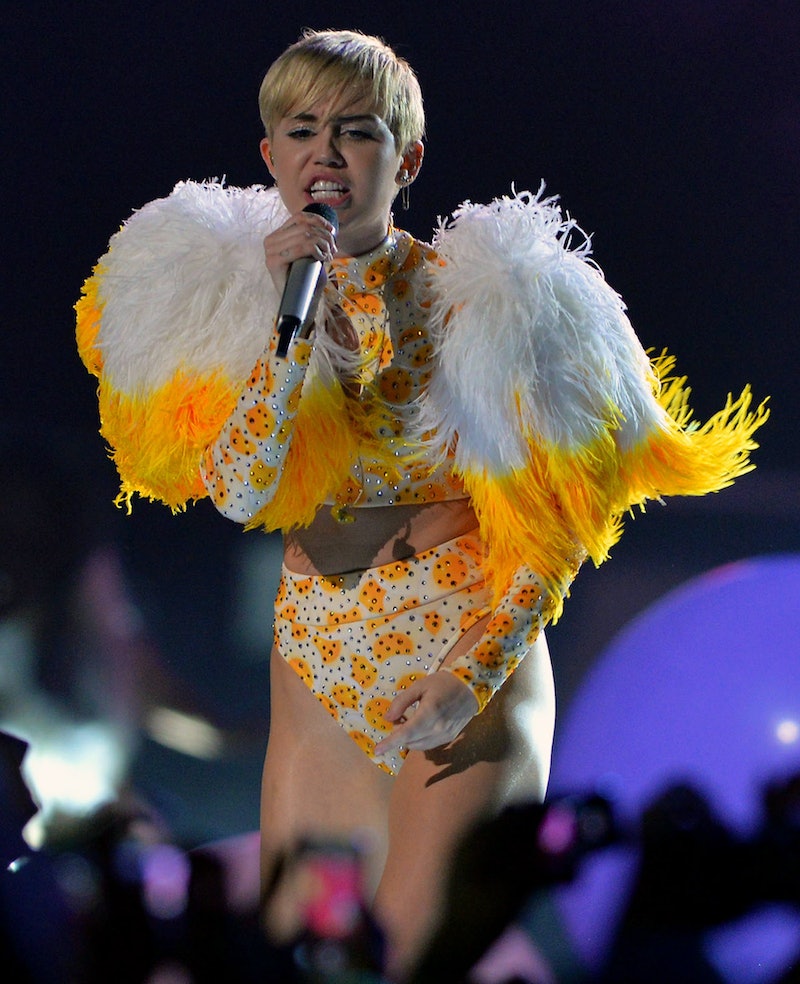 Remember when Miley Cyrus was obsessed with her tongue? She's since moved on from that and on to another part of her body. A part that used to be attached to her body, anyway. After undergoing major dental surgery this week, Cyrus turned her tooth into a necklace. The singer used one of her recently pulled teeth and added it to a colorful bead necklace as a gift for her friend and fellow musician Wayne Coyne. In true "she's just being Miley" form, Cyrus posted a photo of the toothy jewelry on Instagram.

"Made Meeeeesahhhh @waynecoyne5 #dirtyhippie necklace with my realllll life tooooof in it," Cyrus said. "That's some exclusive a$$ [poop emoji]. Dude now yiew can clone me." Just two days before coming up with the idea to turn her extracted tooth into another one of her DIY art projects, Cyrus shared the news of her dental extraction on IG with a bloody and disgusting photo of her pulled teeth as well as a selfie of her suffering from throbbing post-surgery pain. Coyne acknowledged the "thoughtful" gift from his young pal a few hours later by re-posting Cyrus' photo. However, it also looks like he might just appreciate it from afar because just a few hours later, Cyrus posted a Photoshopped image of Coyne putting the tooth necklace back on her neck.

Last year, Cyrus collaborated with an online company for a line of fake hillbilly teeth, so this is right in her kooky creative wheelhouse. Check out Miley Cyrus' necklace made out of her own tooth below. Would you ever make jewelry out of your own body parts?