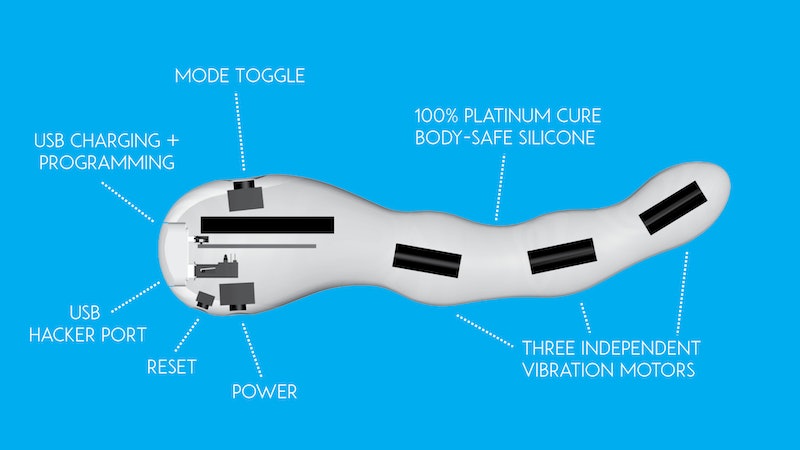 First, the specs: Crowdfunded by an Indiegogo campaign, the first Mods are set to hit the market in August, but you can order one now (or support the creators, a sex-positive tech company called Comingle, in other ways). Or, side note: If you have $40,000 to burn, you and your friends can take a private jet and a bunch of sex toys for a spin at 30,000 feet. I mean, why not?

In any event, here are a few reasons to give this thing a spin, in case you're not jazzed enough already.

1. The Mod is the Build-a-Bear of vibrators.

3. High-tech sex toys are the way of the future, and the future is now.

More like this
20 Smart Devices Under $35 That’ll Change The Entire Vibe Of Your Home
By Emma Carey
Here's How To Get Your iPhone To Update Automatically Forever
By Emma Carey
Why Everyone Is "Soft Tagging" Friends On Instagram Right Now
By Alexis Morillo
30 Clever Ways To Slide Into Your Crush's DMs
By Griffin Wynne, Carolyn Steber and Lexi Inks
Get Even More From Bustle — Sign Up For The Newsletter