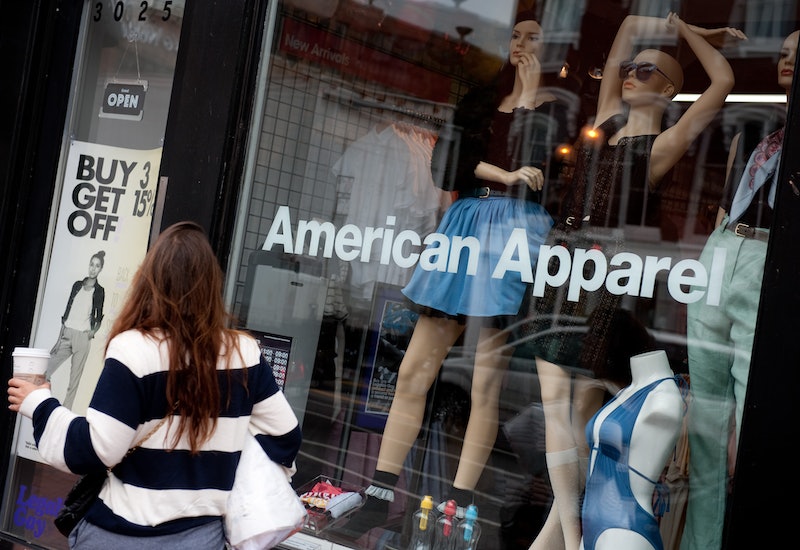 The former American Apparel Inc. Chief Executive Officer, Dov Charney, is seeking $40 million dollars in damages for his termination. Last year, he was ousted from the company that he founded and since then, the shenanigans surrounding American Apparel have not seemed to stop. Charney's claims include, but are not limited to almost $6 million in severance, $1.3 million in vacation-time pay, at least $10 million for emotional distress and 13 million shares of American Apparel, according to a letter sent to a law firm representing American Apparel. It had been told that Charney would reinstate his demand for arbitration but the California brand did not say how much its potential liability would be.

Charney made sincere and determined efforts to get his job back since his termination last year. One of his efforts was a partnership with Standard General in which they would sustain American Apparel with $25 million dollars. This backfired on Charney when the board did not reinstate him in his company. Standard General did offer Charney a position to stay on as an adviser, but that was not enough power for the fashion master mind. The Standard General has hired an investment bank to consider strategic options.

Besides $40 million dollar damages, another one of Charney's demands is that he also be returned the art that is hanging in what used to be his office. Apparently, the walls of the entire office building the company inhabits are decorated with art that Charney has collected over the years. “I am very concerned about this,” said Fink, Charney's lawyer. “While someone may be able to pencil the value of the art Mr. Charney accumulated over the years in the tens of millions of dollars, the sentimental value is priceless to him.”

This legal mess comes at a very tough time for the brand. At the end of last year, the Los Angeles-based company only had 8.3 million dollars in cash left. The overall sales for the business has sunk to a staggering 9.2 percent in the fourth quarter. American Apparel is only expected to have enough cash for the next twelve months. The only thing we can conclude from that: another year of "real model" castings ahead of us.