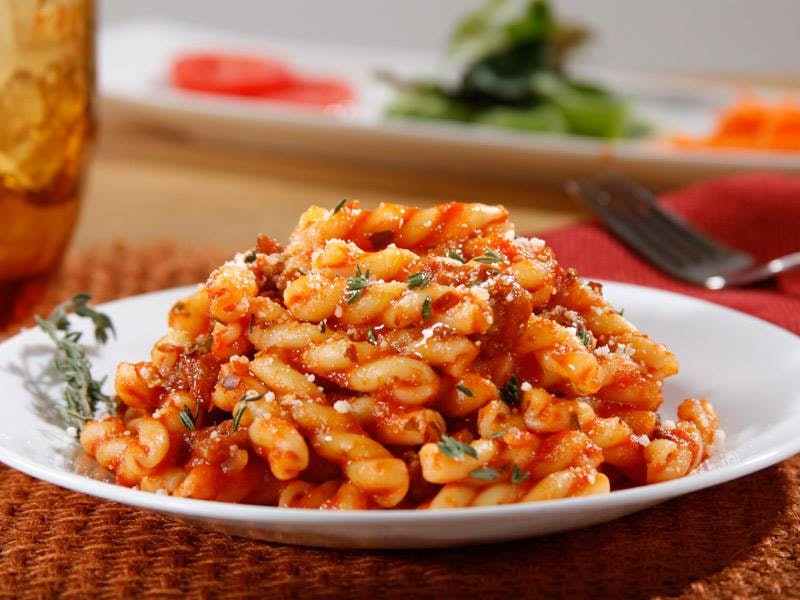 As a lazy post-grad who can't cook, pasta was basically my bread-and-butter (well, you know what I mean) for the better part of a year. But now I just might have to start making pasta for more than just dinner because Barilla's new pronto pasta doesn't require you pre-boil water before you throw it in the pot. Full disclosure, I actually haven't cooked pasta for myself in a pretty long time because I'm trying to adult (I have since graduated to those pre-seasoned, pre-packaged chicken breasts and salmon you can find at the grocery store) but with this new technology I may just get back on the pasta train.

So here's how this magical noodle works: you put three cups of cold water in a pot and turn the heat up on high. Then you let the pasta chill (not in the literal sense) for about ten minutes, until--and here's the crazy part--the pasta absorbs all the water. It absorbs all the water, so you don't have to pre-boil water or drain it! As far as I can tell, the pasta is regular wheat pasta, like not made out of rice flour or quinoa so I still don't understand how it absorbs all that water. How is this possible?

Since this pasta must be genetically engineered or something, you'd think it would cost like $10 a box, but Gizmodo reported it costs almost the same as a regular box of pasta. In related news, my world has just been turned upside down.

In case you're more of a "seeing is believing" type of person, I got you. Watch this video below, and prepare to get your mind blown.

As crazy as this may sound to you, Barilla has been revolutionizing the pasta game for a while now. Some people are skeptical that the pronto pasta might not taste the best, but this isn't Barilla's first venture into no-boil pasta--they already make oven-ready lasagna noodles that you don't have to boil and go directly in the oven. I've used it myself many times (cause I am lazy and also don't need another step in the lasagna prep to potentially mess up), and it works like a charm and tastes great, so I have no doubts Barilla knows what they're doing. Pronto pasta is available in elbows, penne, linguine, rotini and spaghetti. I'll have to hit up my local Kroger and scour the shelves for Pronto pasta and will update you if I manage to score some (if anybody cares).