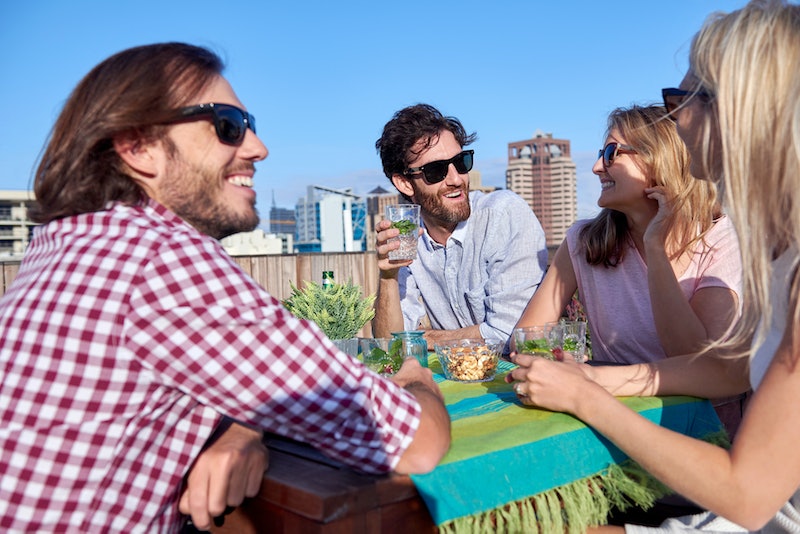 The history of fashion is full of transient fads, and you might think that they don't have much meaning, or just arise out of boredom and experimentation. Certainly beards don't seem to have much use, apart from crumb-catching and inspiring the purchase of grooming products. But a new study indicates that there's a scientific reason why men grow beards, apparently, and it has to do with mating. Beards, as it turns out, might be a pretty good way to stand out from the crowd.

As reported in The Telegraph, researchers from the University of Western Australia looked into the appearances of 154 different primates, searching for correlations between flashy male attributes ("badges") and other social factors. They found that male primates were much more likely to have badges when their communities were full of social and physical contact. In other words, a competitive climate creates an incentive to show where you stand in the rankings. And considering the form male badges take in other primates (elongated noses, upper-lip warts), beards seem pretty great indeed.

There are a few lingering questions in my mind, though. First of all, why now? If men think beards are a good way of displaying masculinity, then why did beards ever fall out of style in the first place? And why would they be re-emerging in full force now, instead of 10 years ago, or 10 years from now? The researchers point out that beards were popular in the past when marriageable women were scarce, but there's an abundance of unmarried people now, so things are probably more complicated.

Perhaps more importantly on a practical level is why you see some guys growing beards (for mating reasons), but not others. After all, most adult men are at least sort of capable of growing beards, albeit sometimes scraggly ones. The display of a beard is only meaningful because many guys opt out (it wouldn't mean much if everyone kept theirs), but what is that meaning specifically?

Older research about male show-offs provides a clue: "peacocking" behaviors by men boost attraction in women, but only for short-term encounters. In other words, women realize that men who depend on the flash factor are "not the marrying kind." If you're a man, this finding suggests that you should not worry about growing a luscious beard (or buying a luxury car) if you are looking for a serious relationship instead of a series of flings — indeed, doing so might actually be counter-productive. And if you're a woman looking for a serious relationship, don't let a well-groomed beard distract you from the more durable characteristics of the man behind it.