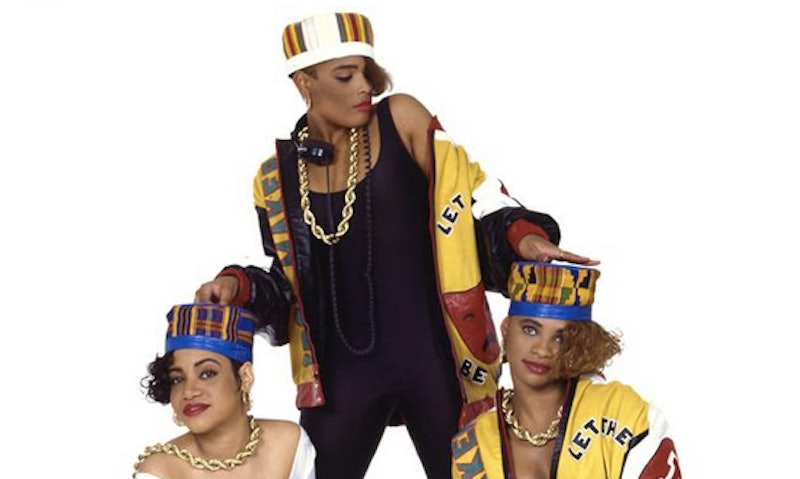 Hip Hop has certainly had its cultural influence and has undeniably made its mark on the fashion industry. Since its birth in the early '80s, images of break dancers and MCs have been ingrained in our minds, playlists and style. Just on the brink of fashion folks welcoming the '90s with open arms comes a new hip-hop exhibit at the Museum of the City of New York that will help us relive the times whilst returning to Reeboks and mom jeans.

The exhibit, titled Hip-Hop Revolution, is slated to open April 1st. Curators have selected photographs from Janette Beckman, Joe Conzo and Martha Cooper, who each had their front row seat at the evolution of hip-hop. From classic photos of Queen Latifah to energy-filled candids from High Times Crew break dancing outside of a subway station, the exhibit is sure to show that New York Fashion Week and Barney's aren't the only big style and fashion influences that are tried and true to the Big Apple. Especially since hip-hop has managed to carry its influence on to runway shows in the past few years.

The street culture that mainstream fashion cannot seem to eradicate from its sale racks to its latest ready-to-wear collections, is arguably rooted in the stylish personas that evolved during the coming-of-age of hip hop. Interestingly enough, however, the true catalysts of what is thumbed hip-hop fashion were styling themselves as a way of subverting mainstream fashion. They often took insignias from high-end brands to the maximum; rocked oversized pants and shirts; and did just about anything to to express themselves through their lyrics, rhymes and style with absolutely no interest on what was in the windows on 5th Avenue.

However, major labels have definitely taken akin to adopting hip hop culture, even going so far as to building a great deal of their brand off of the culture, such as Alexander Wang, Hood By Air, and Public School NYC. Even Karl Lagerfeld and Raf Simons have tried their hand at the revamping hip-hop fashion to their own tunes. But what us '90s kids know very well is the inevitable and influential style of hip hop is the one that deserves the real credit.

You will have time to wax poetics about hip hop all summer long, as the Hip-Hop Revolution exhibit will be on display until September 13th. But it goes without saying — and history proves — that the influence and style from some of hip-hop's most coveted savants will definitely inspire us for years to come.