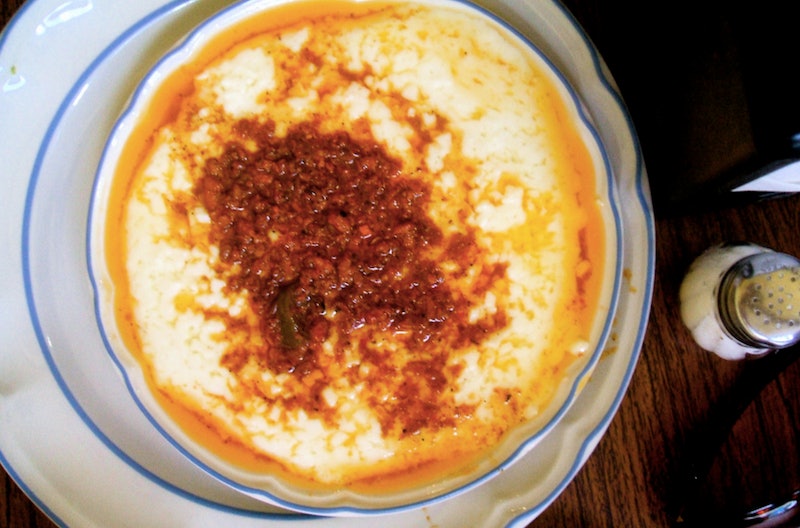 If loving cheese is wrong, who on Earth would want to be right? For our entire lives, we've been told that cheese should be consumed minimally, conservatively, and that it's really not a good idea to eat it at all. Why? Because of the fat that will no doubt put you in danger of getting heart disease one day. But now that's all changing, as the health benefits of cheese become more and more clear. For too long, science told us to stay away, and we listened, because.... science. Along with red meat and butter, cheese was the edible enemy we desperately loved, but were forced to hate and fear.

Luckily, we can now go back to whole heartedly loving the food that makes every dish better, because science has changed its tune on cheese recently. Best news ever? Oh, heck yes. I mean, you're never going to get the green light from a medical professional to eat three or more pizzas in one sitting, because everything should be consumed in moderation, but cheese is no longer something to fear. Science and cheese have gone from frenemies to friends, and the world needs to throw a party in honor of this new and amazing BFF pairing. Here are all the ways science now totally supports your eternal love of cheese.

We need strong bones in order to keep doing all the awesome stuff we're doing now. I mean, how else would we get away with curving our upper spine downwards most of the day to look at our phones? Cheese contains calcium and is often fortified with vitamin D, which naturally enhances the body's ability to absorb calcium. According to Health Editor Madelyn Fernstrom, PhD, CNS, a one-ounce serving of cheese contains about a quarter of your daily calcium requirement.

Recent studies have been trying to disprove the long-standing theory that cheese raises cholesterol, which can lead to heart disease. A new study is trying to combat the idea that saturated fats from foods like butter, red meat, and cheese are harmful (even in moderation) to a human's health. The reason is that the original nutrition policy supporting this idea, which was developed in the '50s, was based on “a mix of personal ambition, bad science, politics, and science," according to the Wall Street Journal.

According to Berkeley Wellness, cheese contains conjugated linoleic acid (CLA), which is a fat that might have the following spectacular health effects: weight reduction, cancer fighting properties, and elements of heart protection. You'd have to eat A TON of cheese in order to really cash in on these benefits, but still. It's in there.

According to a 2008 Turkish study, cheese worked as an acid buffer for the teeth, which reduces the risk of cavity development, as reported by Berkeley Wellness.

What the WHAT. Yep, it could be true. While there are plenty of studies on both sides of this argument, there was one that found regular cheese eaters gained less weight over time than those who ate it less frequently.

6. Real Cheese Is The Best Cheese

None of these positive health findings were based on "cheese products," "cheese foods," or anything that came out of a spray can. So avoid the processed garbage and go for the rich, real thing.

7. Some Cheeses Are Low In Sodium

One of the problems with cheese is that it's high in sodium. Eating salty foods on the reg can lead to high blood pressure, which can lead to heart disease and a bunch of other bad things. So the salt factor can be the culprit to making cheese part of the overall heart disease problem. The good news is that there are some cheeses that are lower in sodium than others. One slice of American cheese has 351 milligrams of sodium (which is a whole lot for just one slice), but Parmesan only has 76 milligrams. Check your sodium, and keep that sodium in check.

More like this
This TikTok Song About An Unrequited Romance Has FYPs In Shambles
By Emma Carey
10 Pumpkin Recipes That Are Way More Creative Than Pie & Lattes
By Rebecca Deczynski and Alexis Morillo
On TikTok, Tinned Fish Date Night Is The Latest Viral Food Obsession
By Emma Carey
This Psychological Effect Might Be Keeping You From Hitting Your Goals
By Lexi Inks
Get Even More From Bustle — Sign Up For The Newsletter