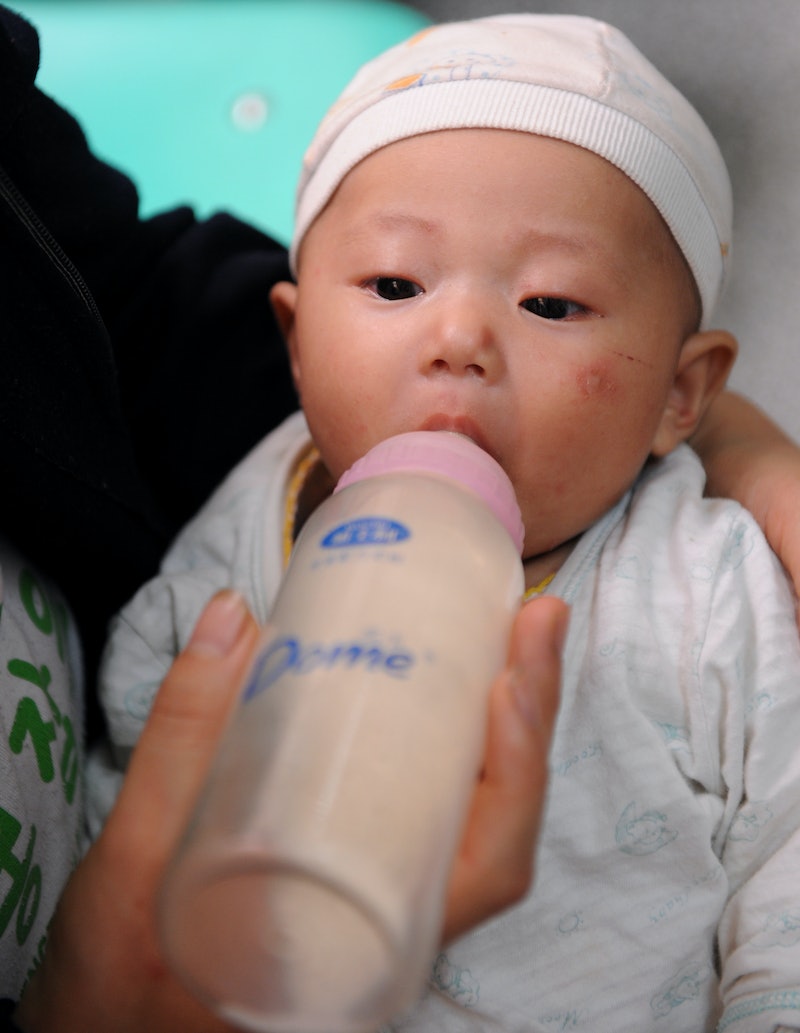 There are serious concerns with the Internet's booming breast-milk trade. According to a new study, breast milk sold online may contain some harmful bacteria. When researchers compared breast milk found online with unpasteurized breast milk from nonprofit milk bank, they found that nearly 75 percent of the online milk samples tested positive for dangerous bacteria.

In the never-before-conducted study, published in the journal Pediatrics, researchers tested 101 samples of breast milk from a popular milk-sharing site. Reports do not indicate which site was used or if the research came from more than one site, although it does note that there were about 13,000 postings on milk-sharing websites in 2011.

Parents may turn to Internet breast milk websites if they cannot produce milk of their own due to medical conditions, or if they have adopted children and do not want to use formula.

According to the study, "72 percent had any detectable gram-negative bacteria, which are associated with bloodstream infections, wound or surgical site infections, meningitis and fecal contamination." In addition, researchers found that 63 percent tested positive for staphylococcus, 36 percent tested positive for streptococcus, and 3 percent were contaminated with salmonella.

The study's lead author, Sarah Keim, attributes the bad breast milk to improper hygiene and handling when collecting the milk, including dirty bottles and breast pumps. "You have very few ways to know for sure what you are getting is really breast milk and that it's safe to feed your baby," she says. The FDA and the American Academy of Pediatrics already warn against using unknown breast milk from the Internet, which usually comes from new mothers who produce a surplus amount of milk for their own children. "We're a little suspicious of some of the milk," Keim says.

Of course, there is "good" bacteria found in breast milk, which babies need to form healthy immune and digestive systems.

More like this
The 5 Best SLS-Free Toothpastes, According To Dentists
By Amy Biggart and Danielle Calma
Got Brain Fog? Here Are The Best Supplements For Memory & Cognition
By Carolyn Steber
Why TikTok Is Obsessed With Caesar Salads Right Now
By Alexis Morillo
TikTok's Butter Board Might Be The New Cheese Plate
By Emma Carey
Get Even More From Bustle — Sign Up For The Newsletter