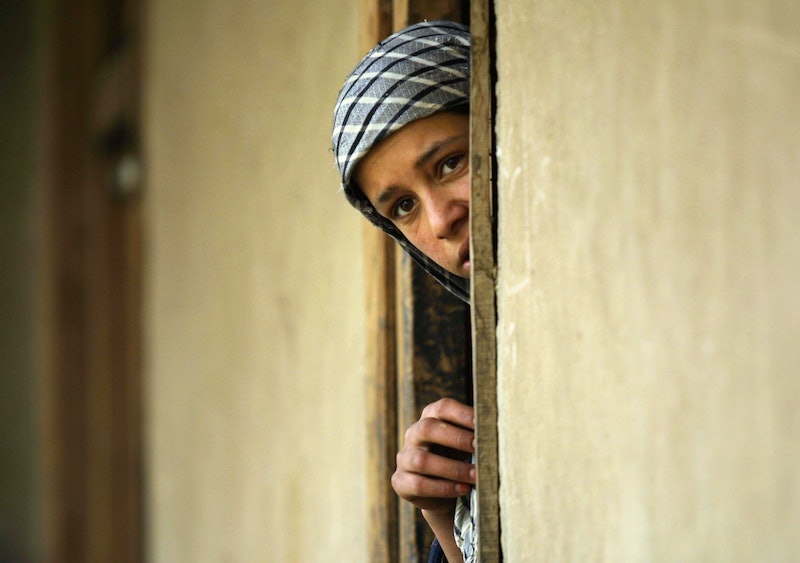 By anyone's standards, Syria has had a terrible few years. Now, a reemergence of polio in the country, which had been eradicated in 1999, won't make things any better. The 2011 Arab Spring spurred a wave of uprisings across the Western Asia country, and the UN estimates that 100,000 people have been killed in two years. Millions of Syrians have fled or been relocated, religious clerics recently changed their orthodoxy to allow starving Syrians to eat cats and dogs, and last weekend alone saw scores of deaths from a car bomb, and more frantic calls for diplomatic talks. Now, according to the World Health Organization, polio is back, and the state of civil war means that there's little that authorities can do to curb it.

Polio, the notoriously incurable, devastating viral disease, has been all but eradicated in the developed world. It's been 99 percent reduced from its peak in the middle of the last century, thanks to vigorous efforts by UNICEF and the WHO since 1988. Only Africa, South Asia, and Pakistan still report cases of polio, and it's been predicted that ongoing efforts will wipe out the disease in the next half-century.

Syria had eradicated polio back in 1999, nearly 15 years ago. The country's polio-vaccination rate, pre-uprising, was at 95 percent — but the state of civil war across the country has rocketed that figure down to 45 percent, which in turn has likely spurred polio's reported comeback. Polio is symptomless 90 percent of the time, so can be easily transmitted from person to person without the contagious party even knowing they're infected. And Syria is in such disarray, with its four million relocated inhabitants typically living in squalor and filth, that analysts are predicting the disease will continue to spread as long as the civil war rages on.

Meanwhile, a civil war rages on.

This last weekend saw renewed efforts to bring diplomats together for the UN-backed "Geneva 2" conference, which has long been seen as the most likely way to end the conflict. Arab League chief Nabil Elaraby said Sunday that the talks would begin Nov. 23, though Syrian diplomats quickly disagreed, saying that no specific date had been set.

The "London 11" diplomatic group — Britain, Egypt, France, Germany, Italy, Jordan, Qatar, Saudi Arabia, Turkey, the United Arab Emirates and the United States — are meeting next week in (you guessed it) London, to discuss preparations for Geneva 2 and their stance on the conflict. On Monday, Chinese state media Xinhua reported that UN envoy and Syria representative Lakhdar Brahimi had arrived in Baghdad to hold talks with Baghdad leaders about the Syrian conflict. Brahimi has been touring the Middle East and meeting local representatives to prep for Geneva 2; Iraq in particular has maintained close ties with Syria during the course of the conflict. Syrian President Bashar al-Assad is a member of an Islamic sect: Alawite, an offshoot of Shia Islam.

On Sunday, at least 31 people were killed when a suicide bomber detonated a massive car bomb in the Syrian city of Hama. The government blamed "terrorists" — aka rebels, who are currently engaged in trying to topple al-Assad — for the attacks. In a shred of good news, the UN's plight to remove chemical weapons from Syria continues to go well, with UN authorities visiting nearly all of their designated targets.

Since Assad is clearly doing such a stunning job of maintaining peace, he was rightfully confused when last week's Nobel Peace Prize went to the UN team currently dismantling chemical weapons in his country. It "should have been mine," Assad said, apparently "jokingly," according to a Lebanese newspaper. Except, we don't really think Assad does a whole lot of kidding around...