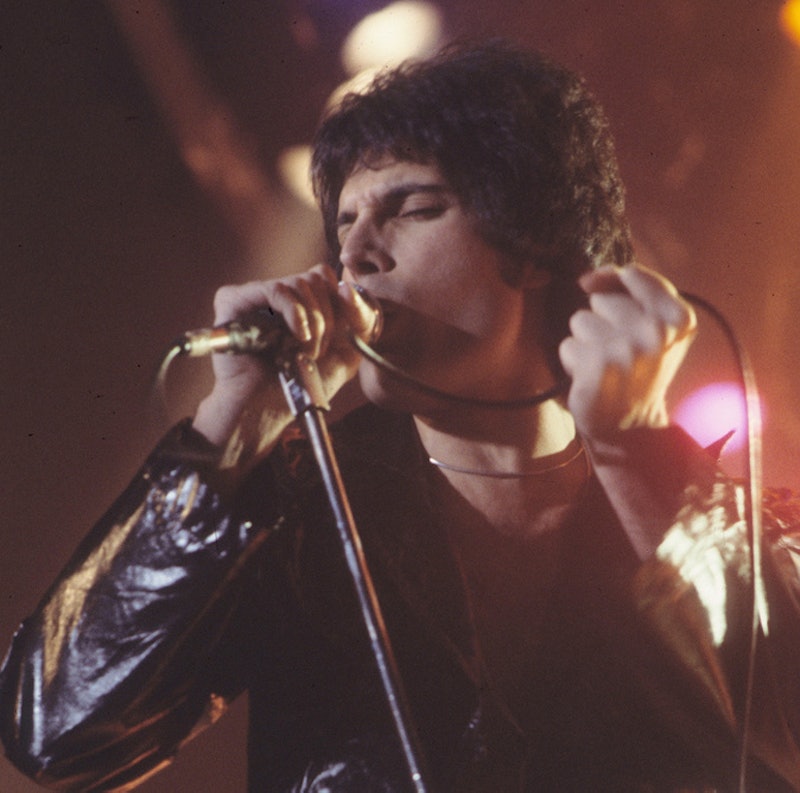 In addition to being one of the greatest performers in history, Mercury was a glam-rock icon who challenged notions of gender performativity, sexuality, and gender as a whole through his inimitable style. He has also spawned many imitators. His shrunken graphic tees looked like the remnants of his toddler wardrobe. He referenced leather daddy culture with his studded hats and his white calfskin pants. He dressed in drag. Plus, nobody wore a mustache like him.

Without further ado, let's take a look back at nine of Freddie Mercury's most awesome outfits. Why? Firstly, because any excused to stare at a bunch of pictures of Freddie is a good one. Secondly, because his white calfskin pants make my rockin' world go round.

I'd actually wear that right now. Not joking.

Why has nobody put this item into mass production?

French people may not get it, but I definitely do.