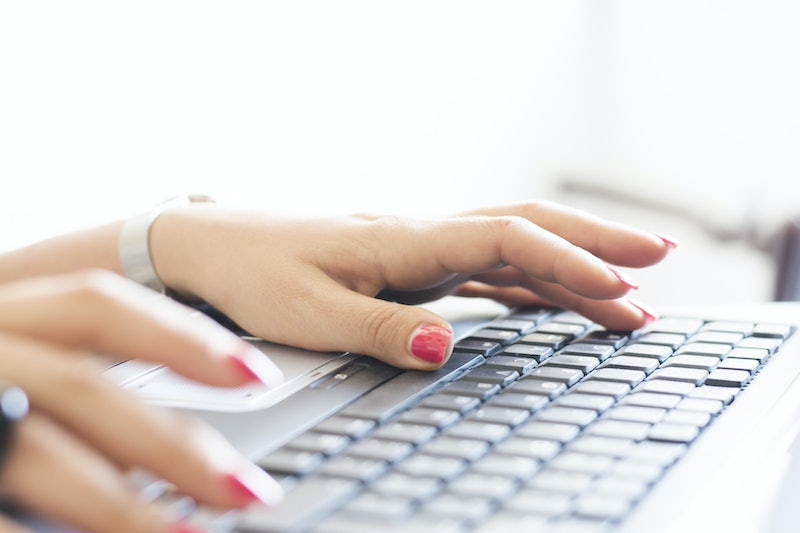 It's common knowledge that the Internet isn't exactly kind toward people with vaginas. You may recall the now-infamous Gamergate last year, in which various feminists in the video game industry were subjected to threats of the raping-and-murdering variety for... no real reason, really, but even without the excuse of some neckbeard's perceived injustice, women are routinely subject to harassment online, as demonstrated by blogger Chelsea Woolley's video "That's Just Mean," in which young men read mean tweets published about women. It's in the vein of Jimmy Kimmel's hilarious “Celebrities Reading Mean Tweets" series, but instead of a self-effacing Obama, you've got the misogyny and violence women are confronted with daily. Isn't it a wonderful world we live in?The tweets are pretty average examples of what's written about women online. You've got the requisite slut-shaming, like the tweet that reads "a ho is like the first slice of bread on a loaf. Everybody touches it, but nobody wants it." Fat-shaming also makes an appearance, of course ("bitch, you know pizza and Netflix are your best friends," wrote one man in response to a Snapchat from a "chubby" girl), and the rest are plain, old-fashioned misogyny. "I think all women should be gagged," said one tweet. "They're bloody noisy."

If you've got a vagina, you've probably encountered similar vitriol countless times over the course of your life. That doesn't mean that it's OK, and the fact that this kind of behavior is so common that we're expected to shrug it off and move on with our lives is a sign of how entrenched misogyny is in modern society. However, for the young men in the video, being confronted with the hate that we experience daily is clearly a discomfiting experience. Some of the participants start out chuckling in disbelief, but by the end of the video, they're clearly disturbed by what they read.

While it's highly unlikely that these men have never seen or heard women treated this way before, the Huffington Post reports that they're all between 18 and 25 years old. It's possible that they've just never really had to stop and think about what life is like for women online. For better or for worse, the Internet's anonymity allows people to voice opinions they would never say in public, which is why it's so uncomfortable to hear them read aloud. "That's just mean," winces one man after reading a particularly nasty tweet.

Yeah, it is. Isn't it about time we changed that?