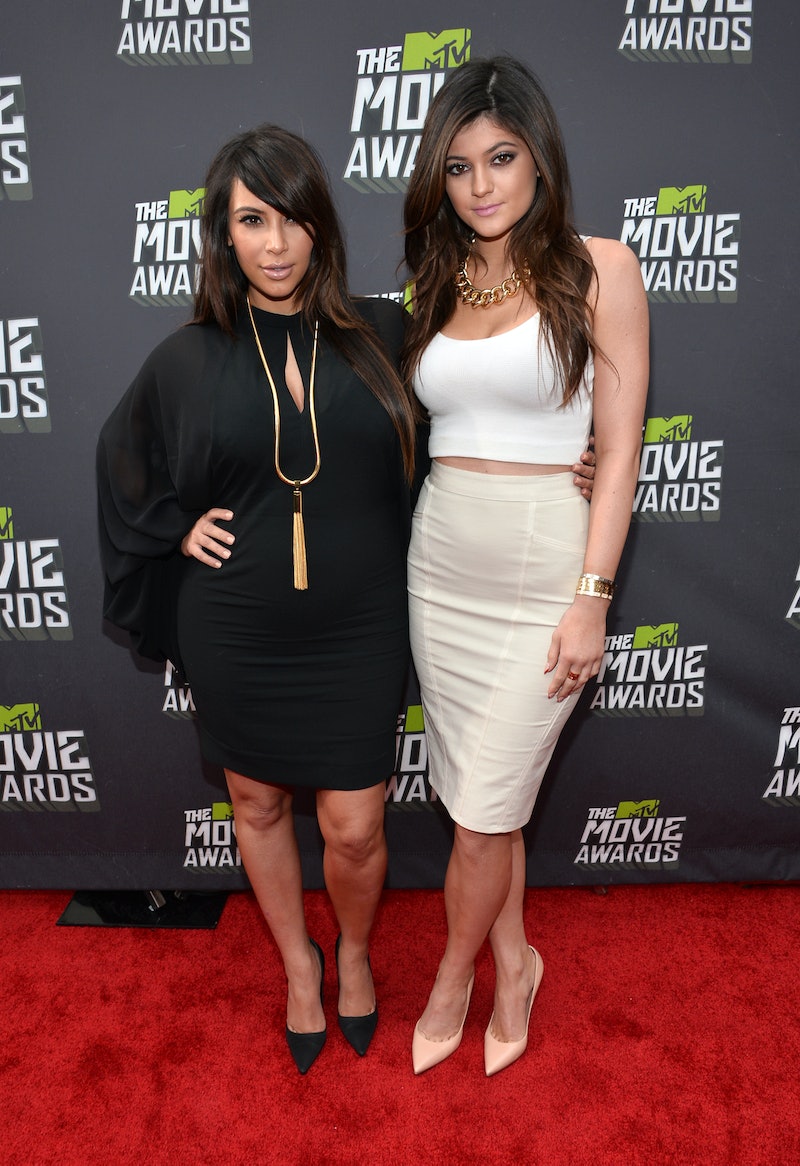 The similarities between Kylie Jenner and her big sister Kim Kardashian are getting more obvious as of late. Kim and Kylie are a lot alike in looks, the energy, and the confidence that both sisters put forth, and Kylie Jenner's recent black bikini Instagram shots remind me that she shares Kim's desire to turns as many heads as possible... perhaps even break the Internet one day.

From their lush brown locks to their curvy bodies to their shared preference for posting only the sexiest of selfies to their ability to contour and create cheekbones as though it were there actual job, Kim and Kylie are living parallel public lives.

While Kylie is just 17, at least until August, when she turns 18, she is kribbing from Kim's fashion and style playbook. There have been many times that Kylie looked just like Kim, but even so, the youngest of Kris Jenner's daughters always manages to remain distinctly and uniquely Kylie. She's not just some "klone," OK? She's proven that with her decision to rock blue hair, to go extreme with her lips, so much so that she caught Kim's attention with her lip-lining talent and skills, and her ability to be street smart one day and high-end the next with her style.

These thermonuclear shots of Kylie in a bikini show off her Kim-like kurves.

It's bikini season already! I wouldn't recommend tanning with that bikini top, unless you're into super weird tanlines.

Is that Kim in the reflection? Nope! That's our girl Kylie.

Here are three reasons that, despite the obvious similarities, Kylie Jenner remains anything but a Kim kopy.

I can't imagine Kim pairing her itsy bitsy teeny weeny bikini with layers of gold chains. She's more minimal with beachwear; or she'd go with, like, a lot of oil. And she's not usually utilizing Scott Disick as an accessory, either.

IMO, Kim tends to be pretty straight-forward with her selfies, even with her sexy bikini shots. Kylie shared her reflection in the window and it was unintentionally artsy.

In terms of technology, Kylie doesn't always seem to use the front camera. She also tends to take a lot of selfies of herself in the mirror or a reflective surface. That's sort of her selfie signature, if you will.