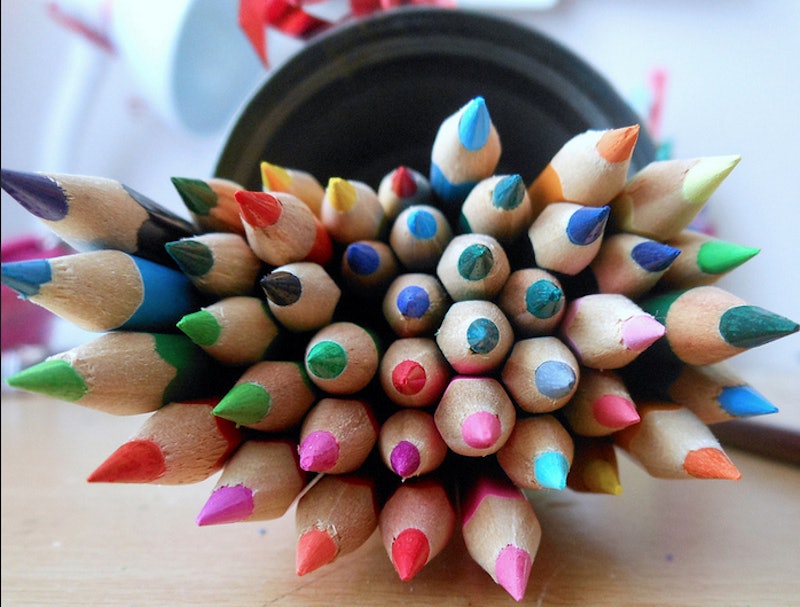 I have some mad respect for teachers. Not only did they put up with our whiny selves when we were kids, but some of those same whiny kids, in turn, decided to become teachers despite 12+ years of being conditioned to fear everything it stood for. But I suppose every runny nose and detention slip is worth the few Awesome Teacher Moments, like this teacher whose student made a hilarious portrait of him that he loved so much he demanded to purchase it.

According to the Reddit thread where the teacher posted the picture, the artist behind the masterful drawing was a 15-year-old girl, who is now a cool $50 richer than she was last week. Apparently he is quite popular among the students in the medical class he teaches, who aren't just inspired to draw ridiculously awesome portraits of him making awkward faces, but also to try and and sneak selfies with him. When someone on the Reddit thread commented on the weirdness of it, he immediately chimed in: "All kids are weird! That's what makes them the best people." WEIRD PEOPLE FTW!

The inspiration for this particular portrait? A student asked for his picture, and he proceeded to make this face, which happened to be the one his mother "told him never to make". Thank all that is internet that he didn't listen, and bless 15-year-old girls with art talent and a healthy amount of sass.

Just so you can see how impressively on fleek her rendition of this teacher is, here's an actual photo of him (which is, if possible, even derpier than the drawing).

Can we all talk about the deep injustice of not being in this class ourselves? This girl needs to be my best friend yesterday. But since I'm not going to be high-tailing it out to Texas (or any high school, ever) any time soon, I did find a few other hilarious students who need to all form a cool kid squad together immediately.

1. This student who drew Boo Radley on a To Kill A Mockingbird test

2. This 8-year-old who took the assignment a little too literally

4. Topped only by a sass even GRAVITY can't handle

Almost makes me want to go back to high school agaHAHHAHHA sorry I couldn't keep a straight face. Seriously, though, this class looks like the bomb-diggity.