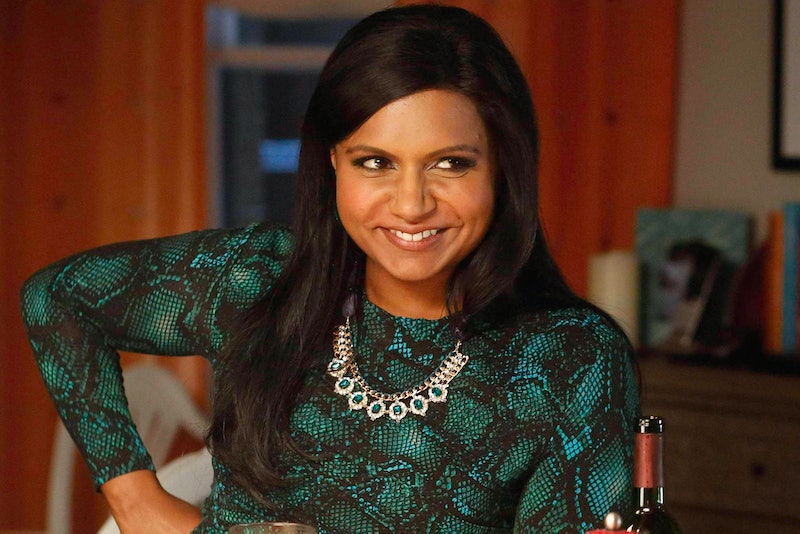 Guys, when I call myself a late bloomer, I mean it in basically every way possible. Not only was I like four years behind everyone else on the whole ~romantical situations~ thing, but I'm basically a breathing receptacle of cluelessness. Like, two days ago I tried my first Frappuccinno—EVER. It's like I didn't even exist in 2004 or something. (By the way, WOW, guys. Let's all take a moment to pat ourselves on the back for fitting that much sugar in a cup. So proud to be an American right now.)

It's not entirely my fault that I am drastically behind the curve: Being a summer baby, I was sort of set up to be catching up with everyone else for my whole life. But summer babyhood does not explain my complete and utter lateness when it comes to all things romance, social drinking, watching Gilmore Girls for the first time, and basically functioning like an age-appropriate human being. For those things, I've got nobody to blame but me and my late-sauce self.

In due time, I caught up to all of my peers (for the most part), so it isn't so much of an issue anymore. Some things I will never recover from; It's too late for me to go back in time and find out why everybody liked the Spice Girls so much, for instance. But for the most part, I have emerged from puberty and into my early-20s unscathed. Being a late bloomer may be a decade worth of occasional inconvenience, but that doesn't mean there weren't any perks, either.

You waste significantly less time and money on cheap beer

I happened to go to a college at a school where seniors were more than happy to oblige when freshmen needed a beer run. What generous little law-breakers. The only problem: We, being college freshman, were also about as broke as broke gets. I don't mean to knock our dear friends Natty Light and PBR, but like, guys. Guys. The first time I bought actual beer in an actual bar that ACTUALLY tasted like something, I was blown away. And because I'd barely bothered with beer before then, I never had to endure much of the warm frat party slop before I got to the Promised Land. If being a late bloomer got me a pass on all that mess, I'm not sorry about it.

“Sex? HA! Let’s talk about that a lot. While I sip on this drink that is definitely a beer.” Seriously, these champion bullshitting skills will take you so far in life.

People are always impressed when you look put-together

You may not have known how to hold a round brush in high school (OK, and college), but HELLO, world, we finally caught up to everyone else. Now whenever we make an entrance, it's kinda killer.

You get to hear your friend’s dating horror stories

Your non-late bloomer friends, the ones who have somehow been magically good at dating since they were practically kids, are usually cool about filling you in on the details of their escapades, so you have pretty much heard every cautionary Tinder tale before even dipping your own late-to-the-dating-game toes into the dating pool. The nice thing about being the awkward friend who took forever to start dating is that, by the time you do, you already have the benefit of your friends' romantic growing pains.

And, more importantly, their awesome stories

Late bloomers would be lying if we said the late blooming wasn't a little bit because we were wary of trying new things. But seeing your friends take bold solo abroad trips and posting fun drunk pics and having the sex made it all seem a little less like something to fear and a little more like something to look forward to...whenever we decided we were ready. These friends were basically our bridge over awkward waters.

Everybody actually ends up enjoying your dorky parties

When I was younger and didn't want to attend booze- and drug-fueled ragers, I still wanted to have parties. They were just...tamer. And I lived in mortal fear that nobody would be into my Disney themes and tea party snacks, particularly because summer baby = parties at my parents' house = no Drinking. But despite my fears, everybody was surprisingly down. (Endless rounds of Cards Against Humanity helped. That helps most things.)

There was a brief period where I was embarrassed about struttin' up to the YA section at the bookstore, but the thing is, for those of us who bloomed late or whatever, the YA feels were still happening to us in adulthood. It's a vulnerable and awkward time that the genre captures, and that's not necessarily a vulnerability that gets completely shed in adulthood. For us, it was an even slower transition. Alas, I will reread Jenny Han and Anne Brashares to my secretly forever 15-year-old heart's content.

WHAT EVEN IS FLIRTING, GUYS. We'll never know. But I do know that by the time late bloomers get into the game, we've all steeped in the awkwardness for long enough that it no longer was totally excruciating. Thanks for taking the hit for us, bold flirters of our youth. Seems like that whole flirting thing was a lot harder in high school and college. Soooo glad we didn't bother participating until we grew up and everyone settled into it a bit more.

You get a little more clarity on infatuation versus actual love

Oh, wow. There have been so many times that I thought I was painfully, ridiculously, irrevocably in love with people. Like, be with them forever, planning the wedding in my head, a day that goes by without seeing them is a wasted one, kind of "love". But I was too wrapped up in my late bloomer derpiness to do anything about it back then, and now it's like ... wait, what? Who even were any of those people?

Maybe if I had summoned the wits to tell them how I felt back then, the story would be different. But the thing is, I didn't, and that gave me a lot of perspective on which of those crushes were just crushes, and the times that it was actual love. When it's actual love, even the latest of the late bloomers will usually steel themselves and make it happen. And even though it meant missing out on #funtimes, slowly understanding the difference probably spared me some heartache in the long run.

You never quite stop feeling like you need to prove yourself

Being so drastically behind the social curve feels like you're not only losing the race against your peers, but that you're looking over your shoulder, afraid of getting lapped. Even when you catch up to everyone else—you're dating, you have a favorite drink, and you have reasonably passable beauty and fashion skills—that mentality of feeling a bit behind never goes away. You're always working hard, always running on whatever you've got left, always trying to prove everybody wrong about you even when you're on par with everyone else. It makes us contenders. We're ready to fight for anything we want, harder than anybody expects.

You also have an endless amount of patience with the universe

The consequence of being behind everyone else is that all the big milestones in your life will happen slower than everyone else, too. In high school, I was the last of my friends to kiss someone for the first time. In college, I was the last one to drink. After college, I was the last one to get a job that I loved, and I'm fully expecting that I'll be among the last to settle down with the whole family deal, too. But you know what? When you live your whole life as a late bloomer, you stop worrying about the timing of it and trust that it'll happen when it happens. Hakuna matata, fellow late friends.

You find friends that totally respect your mindset

It goes without saying at this point, since I've used them as a point of comparison so much in this article, that most of my friends are not late bloomers. But the thing is, you really come to appreciate the friends who respected your boundaries back when they existed, even if they were a little bit out of the norm. Most of my friends never pressured me to drink or poked fun at me about my relationship wariness or any of the things I was sensitive about. Hell, I made fun of myself more frequently than anybody ever made fun of me. So props to the friends who totally don't understand us but stick around anyway, because they'll always be the ones worth keeping around.

It's easy when you're left behind on most fronts to think that you're the only one, but really, all of us are behind in something. We all move at our own pace regardless of where we are "supposed" to be, and for some of us, it means that we hit all the expected like milestones a little behind the prescribed schedule. We are all super special flowers, is basically what I'm saying, and none of us bloom the same way. BAM. (Please don't hate me for that analogy. DID I MENTION I AM A LATE BLOOMER? So awk forever.)

More like this
24 Years Ago, 'Friends' Dropped Its Most Underrated Ross & Rachel Episode
By Grace Wehniainen
It's A Pleasure #53: Help! My Boyfriend Won't Tell Me Why He Stopped Going Down On Me
By Sophia Benoit
10 Ways To Be More Empathetic To Your Partner
By Raven Ishak and Lexi Inks
The Spiritual Meaning Of Angel Number 000, Explained
By Kristine Fellizar
Get Even More From Bustle — Sign Up For The Newsletter