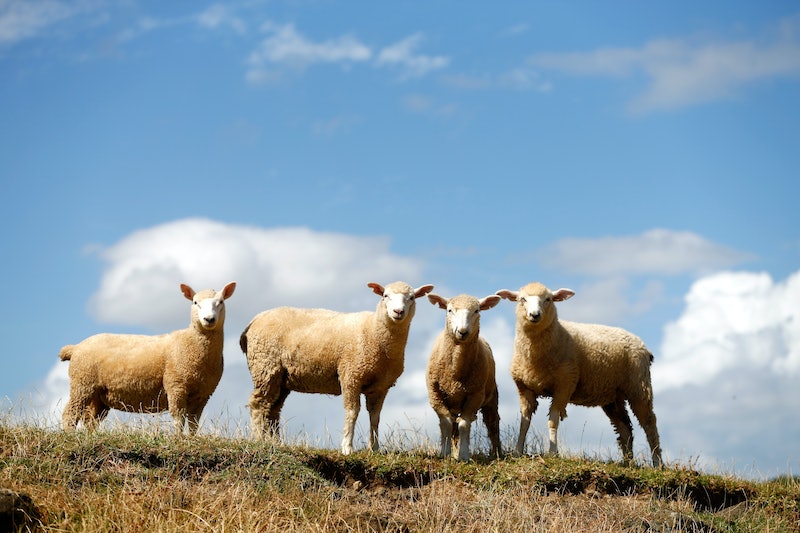 An Irish farmer has found a use for drones beyond hunting terrorists and spying on people: he’s using his drone to herd sheep. The video below shows "Shep the Drone" herding a group of about 100 ewes through a gate. If we take this story to its logical conclusion, then filming for a new sequel to the sheep-herding pig films Babe (1995) and Babe: Pig In the City (1998) should begin any day now. This new family film, titled Shep, will be just like the beloved original, only the childlike, lovable Babe will be replaced by an unmanned aerial vehicle. The movie will tell the heartwarming tale of an adorable, orphaned baby drone, adopted by two champion sheep dogs. At first, the little drone struggles to fit into life on the farm, but the farmer soon realizes that Shep’s natural ability to scare the crap out of his sheep might be used to his advantage. Eventually, Shep the Drone replaces his sheep-dog parents, and the farmer never needs train puppies again. He also helps out by delivering packages and spying on the neighbors. The End. (In the sequel, Shep: Drone in the City, Shep is arrested for sneaking onto the White House lawn.)

This video is actually pretty cool, although I officially cannot condone any technology that in any way threatens my ability to watch dogs do cute/cool things on the internet. The drone was operated via remote by Paul Brennan of SkyFly Photography, who took the machine out for a spin on his brother Declan’s farm last week. Paul told the Irish Farmers Journal of filming the scene, “Obviously the video is sped up, it lasts about one minute on the video but it took about four minutes for the drone to get the sheep through the gap." So far Shep the Drone hasn’t beaten Declan’s sheepdog’s best herding time of four minutes, so, Paul assures us, the dog “won't be out of a job just yet.” YET? I’m worried. You hang in there, dog!