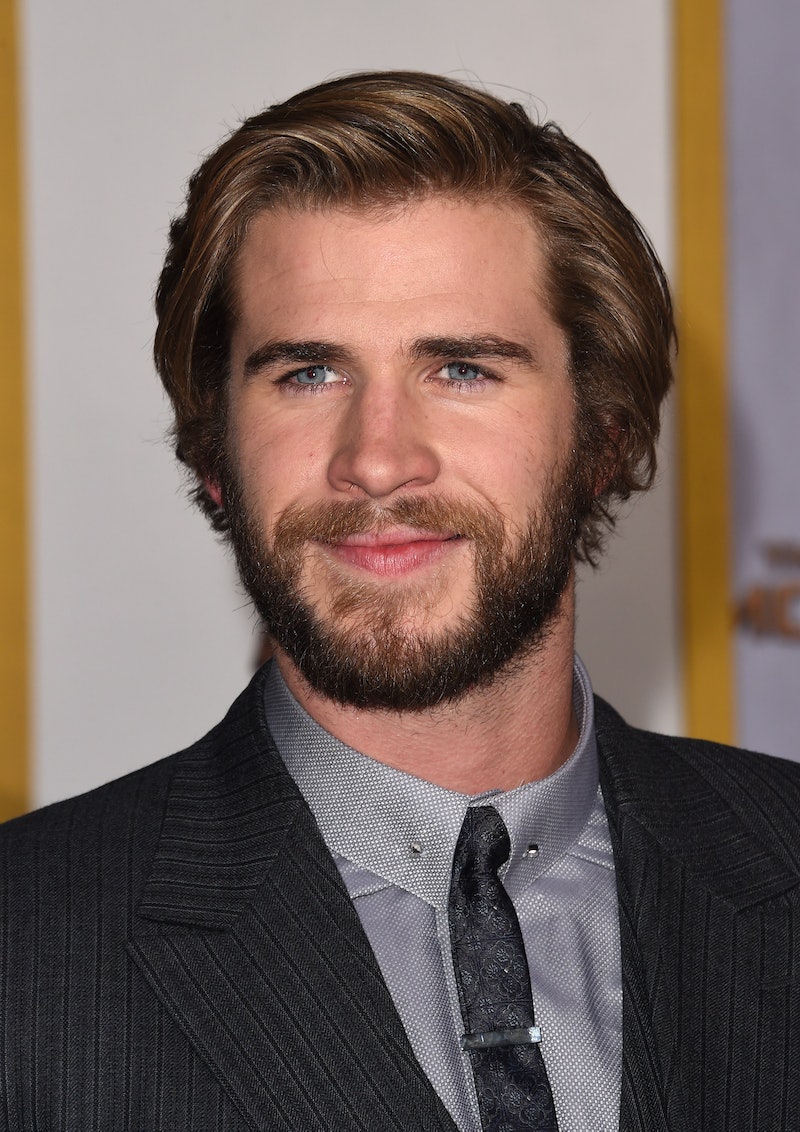 If you haven't noticed already, the '90s are back. And if you happen to need another sign of this, I give you Liam Hemsworth's new, center-parted hairstyle that he debuted at the Kid's Choice Awards on Sunday night. It's pure. '90s. Gold. Is anyone else having young Leonardo DiCaprio flashbacks? Because I am, and it's glorious.

It's true; Hemsworth's new do is probably not going to be everyone's cup of tea. Middle parts on men haven't exactly been popular since, well...the '90s. But given that most of my childhood crushes rocked the look (Shawn from Boy Meets World, Leo, Nick Carter... need I go on?), I think that Hemsworth knows what he's doing here. Or maybe he doesn't, and it's all just a casual "I woke up this way" mistake. Either way, I'm a fan.

Hemsworth paired the '90s boyband hairdo with a simple, pale red T-shirt and some scruff, creating a low-key look that still, somehow, looks fashionable. It's hard not to respect a guy who can recognize a great '90s hairstyle and just go with it, right? As long as he doesn't stat sporting a rattail any time soon, I can applaud Hemsworth for the creativity and ode to the '90s, a decade when middle parts and hacky sacks were equally cool.

And if you weren't sure about the the resemblance to my '90s crushes...