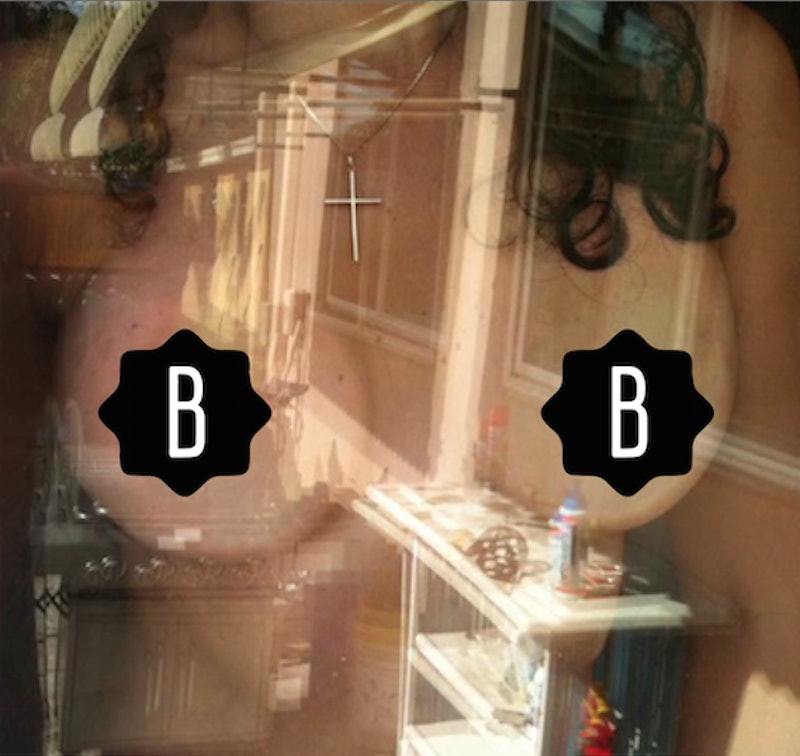 #FreeTheNipple has gone viral on Icelandic Twitter after 17-year-old Adda Smáradóttir posted a photo of her nipple as a way to express frustration at the censorship of women's bodies on social media. Smáradóttir, who is also chair of the feminist society at Commercial College of Iceland, used the photo to respond to a male friend after he posted a topless photo of himself saying that, like a woman, he would also receive negative reactions if he attended school without a shirt.

According to MBL.is, an Icelandic media outlet, Smáradóttir's photo led to two men making negative comments about her post. She was also told that the photo could affect a study abroad opportunity in Costa Rica. This led to her briefly deleting her tweet, though she reposted it not too long ago with the hashtag #FreetheNipple.

Those who supported her willingness to call out double standards and body shaming began to retweet the photo and take up the hashtag. Not too long after, women started posting photos of their own nipples. As the flurry of photos and social media posts took off, March 26 became known as “Free the Nipple Day” as women in Iceland stood in solidarity with Smáradóttir after she faced online harassment for exposing her chest.

The campaign comes during a time when social media sites such as Facebook and Instagram have been receiving backlash for their censorship of women's bodies.

Even one of the members of Iceland parliament, Björt Ólafsdóttir, posted a photo saying "This is for feeding babies. Shove that up your patriarchy. #FreeTheNipple"

More like this
15 Halloween Costumes Inspired By TikTok Trends
By Emma Carey
Why TikTok Is Obsessed With Caesar Salads Right Now
By Alexis Morillo
Behind The Hilarity Of The "POV: You Walk Into My Room" TikTok Trend
By Lexi Inks
Women Around The World Are Cutting Their Hair In Solidarity With Mahsa Amini
By Darshita Goyal
Get Even More From Bustle — Sign Up For The Newsletter