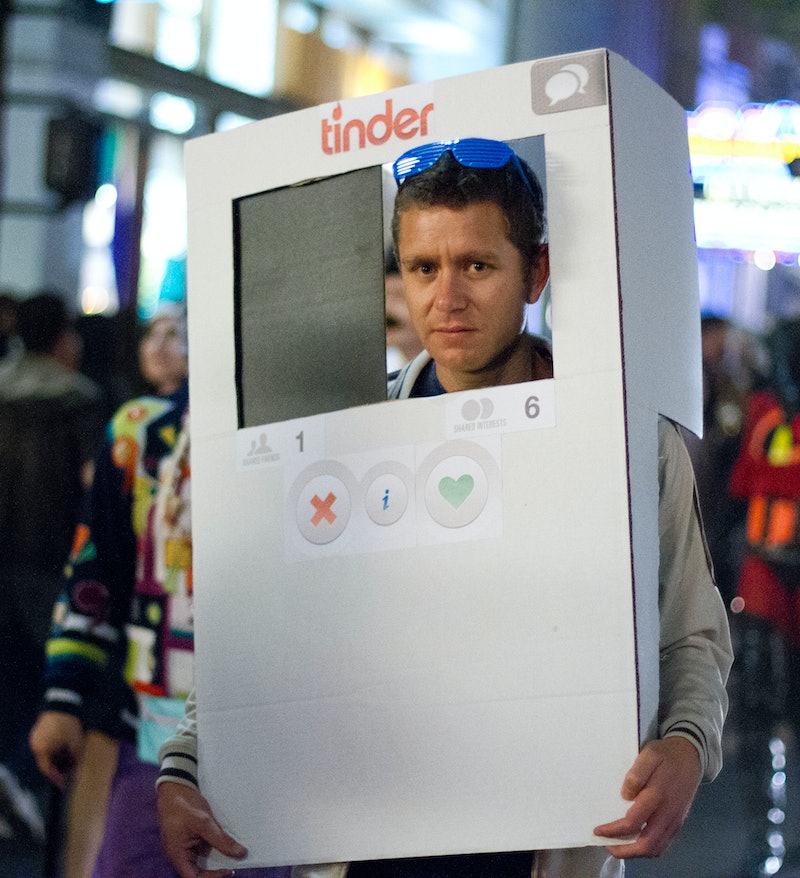 Television appears to have predicted the future in this 1997 clip from British TV show Brass Eye, advertising a fictional TV show that looks like Tinder. Like, an awful lot like Tinder, minus the actual phone. Brass Eye was a satirical fake-news program that ran on Channel 4 for seven episodes in 1997, with a further one-off episode in 2001. The show, helmed by Chris Morris, parodied sensational news reportage and was no stranger to controversy (the 2001 Brass Eye special, which spoofed the widespread moral panic over pedophilia, received more than three thousand complaints and sparked a media firestorm). In the clip below, we see a preview for a fake show called “Would You?,” a “nightly four-hour show [which features] a man, looking at pictures of women, and saying which ones he’d hump.” Sound familiar?

Sure, the wizened dude in the clip isn’t swiping left or right (and he’s using actual, physical photos, things that many Tinder users have heard of, but never actually seen), but the gist is basically the same: people decide who they’re interested in dating/hooking up with based on seeing an image for approximately 1.5 seconds. Now that I’m thinking about this, I’m actually sort of surprised that there isn’t already a Tinder show on the air, which would just show people swiping left and right over and over until finding a match and riding off into the sunset/going back to someone’s apartment.

This isn’t the first time that TV and movies have anticipated contemporary technology. Here are a few other pieces of tech that we saw on the screen long before we had them in real life:

Start Trek: The Next Generation

Picard totally had an iPad.

Is Siri the first step toward HAL, a sentient (and terrifying) computer interface?

We may not have the creepy fake-drivers, but self-driving cars are actually a thing.

Back to the Future 2

“You mean you have to use your hands? That's like a baby's toy." This kid clearly has a Kinect.

Check out the Brass Eye clip below.