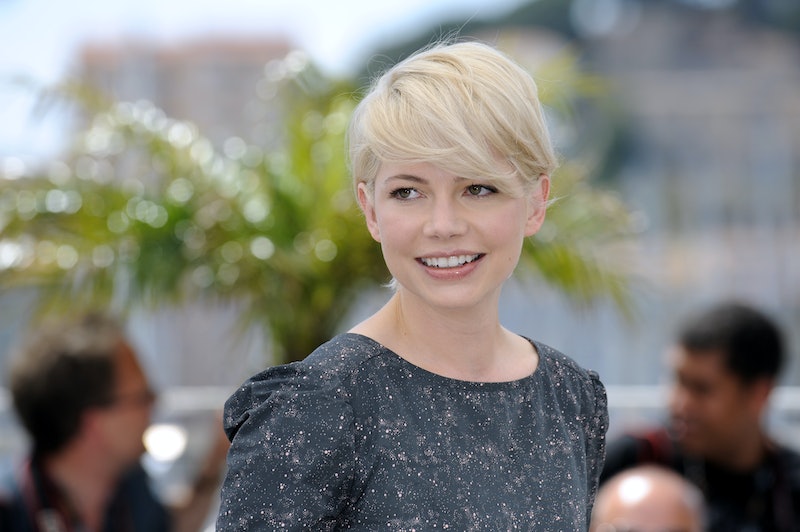 Navigating the world with a baby face isn't always terrible. Full disclosure, I ordered the cheap grilled cheese off the kids menu of all restaurants pretty much until I graduated high school, and even now, will occasionally test the waters in my early twenties. People never get huffy when I stop and ask them for directions; they are slightly less likely to shove me on the subway; I weirdly stroll past security in other people's buildings without getting stopped. Life could be a lot worse. So for the most part, you'll never catch me complaining about having a baby face.

That being said, I am cursed with the cheeks of a baby chipmunk and the wild brows of a fifteen-year-old who has never heard of tweezers, so more often than not, I am mistaken for much younger than I am. For every situation in which this is admittedly totally convenient, there are maybe three situations where it is the total opposite. I find that the older you actually are, the worse it gets. Like, 17-year-old me was all, "Oh, boo, you think I'm a freshman?" But now full-grown adult me is like, "WTF YOU THINK I'M A FRESHMAN?!?!?!??!? DIE." I have since embraced this weird life for all that it is, and wouldn't change my mainly cheeks aesthetic even if I could. But still, there are some things I could do without. Namely, I could go the rest of my life without anyone saying any of these things to me:

"May I please see your ID?"

Don't worry, everyone at this bar. I already have it in my hands and am ready to shove it in all y'alls faces at will.

"Can you recite your address to me?"

I call this a case of Extreme Baby Face. Last week, I was in a wine store and the manager not only asked for my ID, but deliberately held it away from me and then asked me to recite the address on it back to her. ARE YOU FOR SERIOUS?!

Gee, I dunno. Probably basking in the fact that they are no longer legally responsible for my well-being, sir.

"Is this your first time doing blah blah blah?"

At least once a week, I will walk into the gym or a store or mind my own business as I enjoy some hobby or another, and someone will butt in and ask if it's my first time there. Always with this weird sparkle in their eye like they're so pleased to see you doing such a grown up thing all by your bad self. Like, the worst part is they're all really nice people, so I'm not even sure how to be mad. But I am. I am pretty mad about it.

"Aren't you supposed to be in school?"

Last year, I was walking in my neighborhood and a cop pulled over and tried this whole buddy-buddy routine where he told me he wouldn't rat me out to my parents if I took a lift with him back to the school. The worst part was I didn't have my ID with me. It was only when I offered to call my own mother for him that he finally semi-believed me and rolled off.

"What grade are you in?"

DOUBLE NOPE. LOOK AT MY PURSE AND MY GROWN-UP SHOES, MA'AM. I AM GOING TO A JOB WHERE I WORK.

My face is basically a magnet for every retail employee everywhere, particularly anywhere they are selling the alcohol. This is either borne out of some suspicion that you are too young and stupid to know how to buy wine (which, to be fair, I am—I go STRAIGHT for the cheap stuff), or that you are young and stupid and lying about your age.

To elaborate, I am totally fine with one, two, or even three sales associates asking if they can help me. I worked a ton of retail and I know there's no way they could possibly know that some other broski just asked. But when all three of the employees have asked multiple times it's like JUST LET ME BUY STUFF I DON'T NEED IN PEACE.

No, I'm not. I can be beautiful and sexy and every bit a woman as all the other girls with faces that match their ages. Very few baby faces appreciate being infantilized with the word "cute," but that's not even the worst of it. I feel like whenever we try to deviate from this "cute" box people have put us in, we get laughed at. Like claiming our sexuality is in some way amusing to other people. Even just being teased once by somebody for that is enough for me to neeeeever wanna go near them with my bad self again.

"You need to be patient!"

I feel like baby faces are told way more often than their peers that we're being grabby or impatient in some way. We look young, and even if the people saying things like this know our age, there is some implicit interpretation that we are asking for too much when we expect to get jobs that match our skill level or expect to be seen a certain way. Looking like a teenager does not, in any way, invalidate my very real ambitions and plans, and I'm allowed to be frustrated about them even if people incorrectly assume that I "just got out of college" and shouldn't be so worked up yet.

"It’s way too early for you to want [insert grown-up life thing]."

At some point in your life, it becomes "socially acceptable" for us to want things like marriage and kids or whatever order we decide to do those things in, but baby faces are held to some other, stricter societal standard for when it’s okay, simply because we look younger than our peers. I am at an age where it wouldn't be "weird" for me to get married or have kids, but with my face, people would balk if I even talked about it.

More than 80% of the time someone tells me to "calm down," I am, in fact, perfectly calm. This is something you are supposed to say to children when it looks like things might be going in a bad direction, but I'm an adult, and I can tell when some major suckage is on the horizon without your condescending demands to "calm" myself.

"Are you sure you want another beer?"

I am a very compact and hardy human being who probably doesn't even reach actual levels of tipsy until at least Beer Three, but there are like Baby Face Alarms that go off whenever I order a second brew from the bartender. If anything, these ample cheeks only make my ability to hold liquor superior to everyone else's.

"It’s so funny when you cuss!"

I'm so glad my frustration is so amusing to you. I'll just continue to scream at the driver who nearly pummeled his car into us so you can have a good laugh.

Dear every college boy ever: NOOOOOOOOO. I made the mistake of grocery shopping on Saturday night this week, and oh good God, drunk college boys. Emboldened by their Bud Light margaritas and the swagger of their one nice pair of khakis, if you have a baby face, they will proceed to hit on you as if you are, in fact, their age, and should be honored in some way that they'd even approach your figurative bench.

Anybody younger than you calling you “dear”

I have never snapped at a teenager so quickly before as the last time this happened. I was teaching a room full of high schoolers and when one of the kids called me "dear", I had to shut it down so fast her little head spun. Coming from someone older than you, it's usually sweet and well-intentioned; from someone younger than you, it's an awkward power play. GAME OVER.

"You’ll be glad for that face someday."

I mean, I'm glad for my face this day. I guess I can't really be mad about this one, though, because it's the only one that's true. For all the rides we take on the struggle bus, we will (hopefully) have faces that endure a little bit better than a human can expect them to, and for that I will keep my mouth shut and try not to complain too much.

More like this
The 19 Best Tweets & Memes About Bisexual Awareness Week
By Lexi Inks
The Spiritual Meaning Of Angel Number 000, Explained
By Kristine Fellizar
Black Women's Equal Pay Day Highlights An Upsetting Problem
By Brandi Neal
This Psychological Effect Might Be Keeping You From Hitting Your Goals
By Lexi Inks
Get Even More From Bustle — Sign Up For The Newsletter