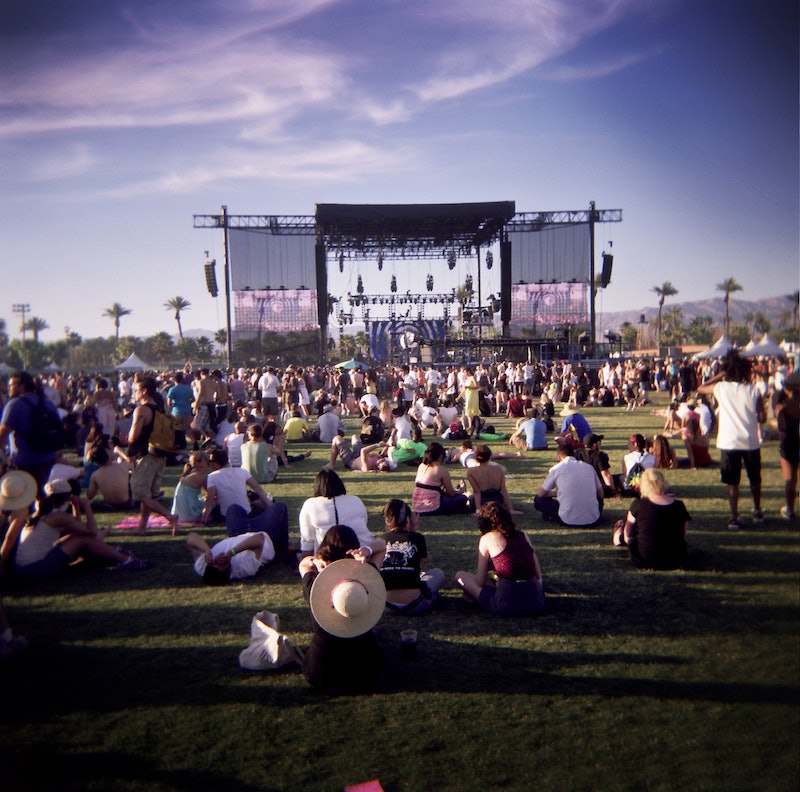 Festival season is almost upon us, but you'll have to take your photos the old school way if you're headed to Indio or Chicago to get in on the musical revelry. According to their websites, Coachella and Lollapalooza have banned selfie sticks, so you better practice some serious arm stretches if you want to snap that perfect pic of you and Hozier. (Ugh, I just looked at the lineup again, and even though selfie sticks have been nixed, I'm seriously jealous of the lucky attendees.)

While the Lollapalooza website put the kibosh on selfie sticks in a pretty official way, banning "Non-Professional Recording Equipment and Cameras for Personal Use (Point & Shoot Cameras, Flip Video Cameras, GoPros, etc.)," Coachella's people got to the point: "No Selfie Sticks/Narsisstics." At first I thought they just misspelled narcissists, but apparently "Narsisstics" is what the cool kids are calling them these days.

Maybe the festivals are doing everyone a favor by banning the semi-ironic tool. If I'd dropped serious cash on a ticket, I'd be pretty PO'd if someone a few rows ahead of me was blocking my view of Clean Bandit with their device. It's good for the would-be offenders, too — you probably miss a lot when you're focusing more on getting your bluetooth remote to work than the concert on stage.

So far, it looks like Coachella and Lolla are the only two big events to ban the "narsisstic," but even if you're going to one that OKs 'em, do yourself and your fellow festival goers a favor and leave it at home. You'll thank me later.

More like this
Behind The Hilarity Of The "POV: You Walk Into My Room" TikTok Trend
By Lexi Inks
How To Turn Off Night Mode On Your iPhone Camera
By Emma Carey
Why TikTok Is Flooded With Controversial Videos About "Pick Me Girls"
By Courtney Young
Here's How To Get Your iPhone To Update Automatically Forever
By Emma Carey
Get Even More From Bustle — Sign Up For The Newsletter