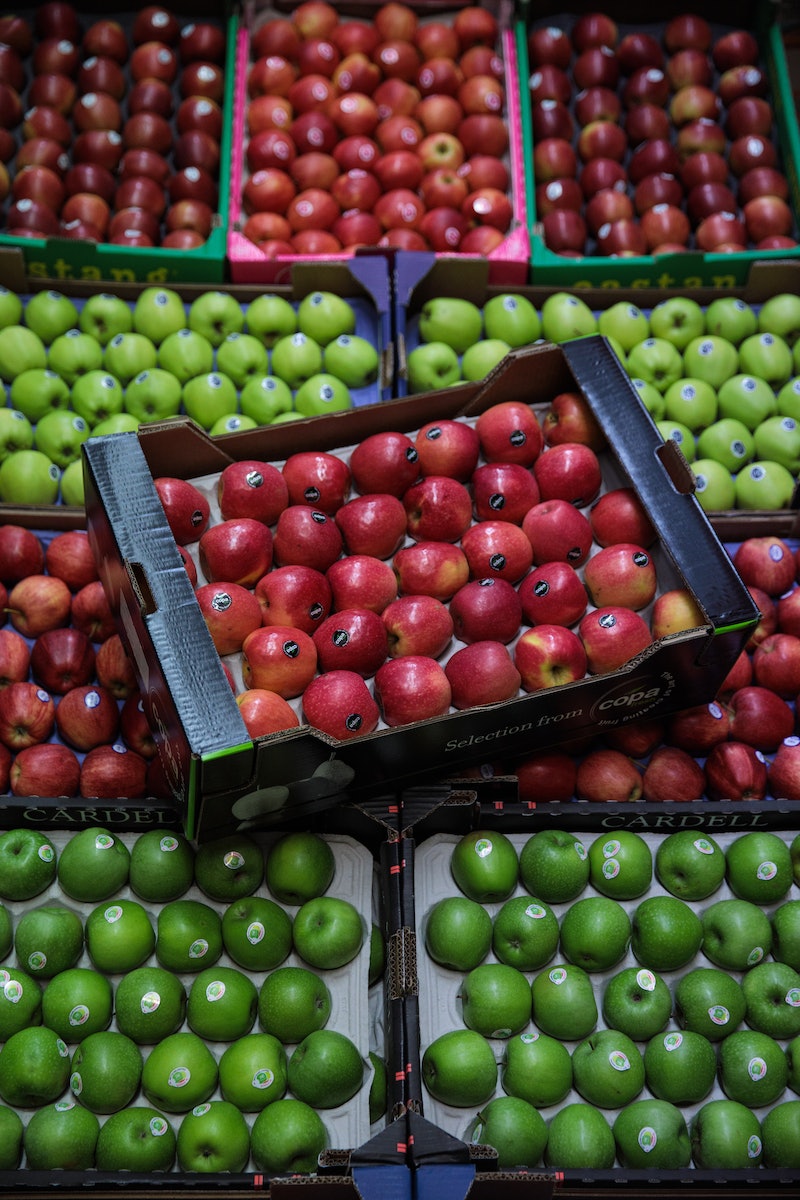 We've heard the saying quoted at us since we were kids, but is it true? Can an apple really keep the doctor away? New research from the University of Michigan School of Nursing attempted to find out whether there was any truth to the old proverb — and I'm willing to bet that most of you won't be surprised by the results. I mean, we already know that the phrase is one of the more useless pieces of common knowledge that keeps getting trotted out time and time again, right? Well, guess what? It turns out that an apple a day probably won't keep the doctor away. I mean, they're still good for you; they're just not your key to a long and healthy life.

The study was published today in JAMA Internal Medicine ; here's what it tells us:

The researchers pulled their data from a pool of 8,400 American adults age 18 and older who participated in the National Health and Nutrition Examination Survey between 2007 and 2010. In addition to gathering information about the participants' general health, whether or not they smoked, their education level, how many times they'd seen the doctor in the past year, and so on, the participants also answered a questionnaire about what they had eaten in the past 24 hours. About nine percent had at least one apple; the other 91 percent were dubbed “apple shunners,” which is my new favorite identification tag. Is anyone else having flashbacks to Charlie the Unicorn's brief but mighty reign on the Internet?

Simply put, the study wasn't able to determine whether eating an apple a day actually keeps the doctor away: There was no evidence that eating apples daily will keep you significantly healthier than not eating apples daily. About 33 percent of the participants said they had been to the doctor no more than once over the previous year, while the other 66 percent said they'd gone at least twice. Initially, it looked like the folks who ate apples logged slightly fewer doctor's visits than the apple shunners; however, that difference apparently disappeared once other factors that can impact whether you go to the doctor were added into the mix: Weight, health insurance, education, and more. Interestingly, though, apple eaters generally did use fewer prescription medications than apple shunners, leading the researchers to suggest that “an apple a day keeps the pharmacist away.”

But one of the big reasons the study wasn't able to get to the bottom of the issue is this: It was incredibly flawed. As the Miami Herald commented, what you ate in the past 24 hours isn't necessarily indicative of your regular eating habits; as such, the study just didn't gather enough information to accurately determine whether apples have that much of an impact on your health. Even the lead author of the study, Matthew Davis, noted that, “to really disprove [the proverb], you would need a different study design.”

And Then There's This:

I don't think any of us really needed a study to tell us whether an apple a day can actually keep the doctor away; with the wealth of knowledge we all have at our fingertips now, I'm pretty sure we all know that one healthy food item does not a healthy diet make. Apples are an excellent source of fiber and vitamin C; one apple fulfills about half your fruit quota for the day; and hey, eating fresh produce will stop you from getting scurvy (are you listening, Jack Sparrow?). But in order to really keep the doctor away, you need to eat a balanced diet, get enough exercise, and keep your unhealthy habits down to a minimum — and besides, sometimes what can make the difference between a trip to the doctor and staying home comes down to your genetic background. So by all means, eat your apples — just don't expect them to work miracles.

According to Caroline Taggart, author of An Apple a Day: Old-Fashioned Proverbs and Why They Still Work (a title to which I would add the phrase "within reason"), the first recorded usage of the adage was in the 1860s in Pembrokeshire, Wales. Over time, the original version — “Eat an apple on going to bed, and you'll keep the doctor from earning his bread” — evolved into “an apple a day, no doctor to pay,” then “an apple a day sends the doctor away.” People have been eating apples for their health benefits for ages, though; Taggart noted that they're even referenced in traditional Ayurvedic medecine some 1,500 years ago in southern Asia. TIL, right?

More like this
Got Brain Fog? Here Are The Best Supplements For Memory & Cognition
By Carolyn Steber
This Psychological Effect Might Be Keeping You From Hitting Your Goals
By Lexi Inks
The 5 Best SLS-Free Toothpastes, According To Dentists
By Amy Biggart and Danielle Calma
TikTok's Butter Board Might Be The New Cheese Plate
By Emma Carey
Get Even More From Bustle — Sign Up For The Newsletter