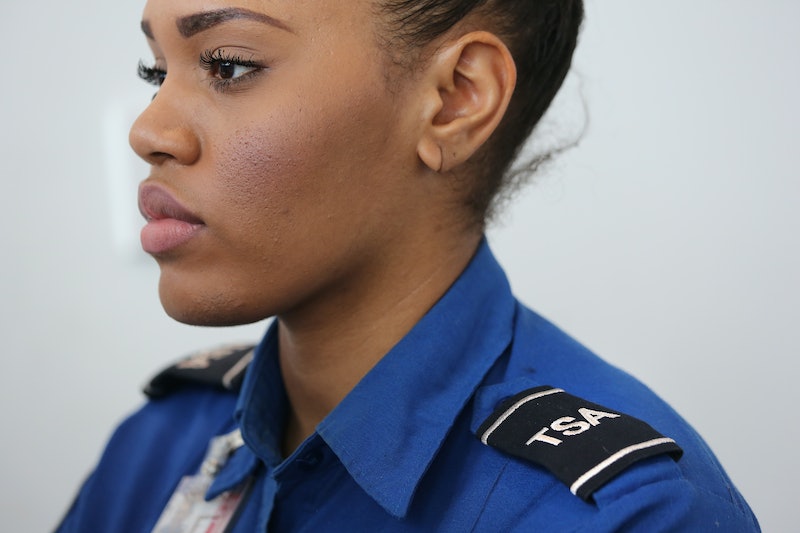 Have you ever had your hair searched while going through airport security? Well, I haven't. In fact, I had no idea that even occurred until today. News recently broke that the Transportation Safety Administration will stop conducting searches on natural hair, dreadlocks, and other hair types specific to black women. Racial profiling is, unfortunately, very much alive, but I had no idea it could be this outward without drawing widespread attention before now.

The TSA announced it would end the practice after coming to an agreement with the American Civil Liberties Union. According to a press release by the ACLU, the complaint was filed against the TSA for "unnecessary, unreasonable and racially discriminatory hair searches that single out black women at airports."

Although many black women have been subjected to having their hair searched at the airport, the issue reached its peak when neuroscientist Malaika Singleton, Ph.D. was subjected to not one but two hair pat-downs on her way to and from London in 2013 (once at LAX and once at Minneapolis International Airport.) The ACLU filed a complaint on behalf of Singleton and her lawyer, Novella Coleman, which set the agreement in motion.

As part of the agreement, the TSA has also agreed to institute training programs "with special emphasis on hair pat-downs of black female travelers," according to the ACLU. Here's to hoping unfair examinations of hair really are a thing of the past, because, honestly — why wasn't this already taken care of?